Fortnite Battle Royale Chapter 1 Season 8 began on February 28th, 2019 and it ended on May 8th, 2019. The theme of this season was around Adventure, Pirates and the Jungle.

Fortnite Chapter 1 Season 8 continued the Ice King storyline where it started in Season 7. The Prisoner made a Volcano and a Jungle biome and destroyed Wailing Woods and Lazy Links. In this season, Lazy Links was replaced with Lazy Lagoon which was a small lagoon with a pirate ship and a small port. It seems that these pirates were brought to the Island by the events that happened on the island during the previous seasons and then they went to explore it for adventure and treasure. After they arrived on the map, they built a number of Pirate Camps throughout the island. 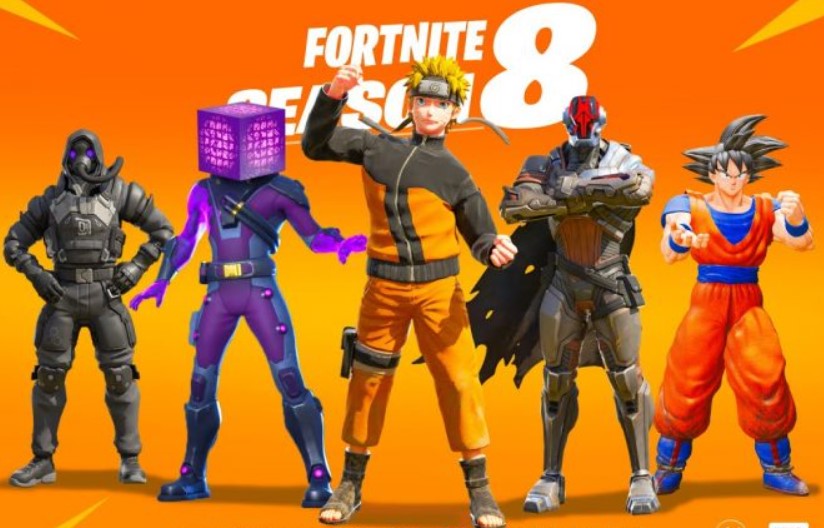 There were a lot of new features in this season as you are able to see below.

There were also a number of changes on the map. One of them was that the helicopter had moved to a hill southwest of the Desert’s Gas Station.

Fortnite Battle Royale Chapter 2 Season 8 began on September 13th, 2021 and ended on December 4th, 2021. The theme of this season was ‘Cubed’ and it was about the invasion of the island by a group of Cubes and how its evil corruption spread throughout the Island.

In this season, after the Countermeasure Device was activated, the Mothership exploded, together with the Cubes, it crashed onto the island and it caused destruction. The player was hit by a crashing Abductor and passed out. Then, the cubes were spread out all over the island and summoned monsters.

There were a lot of changes on the map in this season. One of them was that there were several Reboot Vans which were added outside of named locations.

There were also a lot of new features in every update as you can see below.