In Fortnite, there are challenges, missions and also some other competition that you are able to join  with other players. This things make Fortnite players are challenged to be in Fortnite since they will do many things, conquer the challenges, make strategies and more.

If we talk about competition, in Fortnite there is a Solo Cash Cup and you want to know some information about that including the Fortnite tracker of it. In Fortnite, Solo Cash Cup is the series of solo tournaments for the season X. It began on August 22nd, 2019 and each week Epic Games will be holding a weekly tournaments of the Solo Cash Cup and the players from all around the world will have an opportunity to be able to win cash prizes. 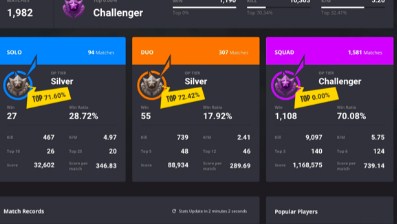 The point system of this Solo tournament will be based on finishing position and kills. And every kill is worth 1 point. Here is the points distribution.

Now, in 2020, this Solo Cup is back. The competitions include Solo Hype Nite, Solo Platform Cup, and Solo Cash Cup. Each of these tournaments runs separately and regions hold their own events. And the good news is that you are able to compete in multiple regions because they are not region locked. The Solo Hype Nite starts on January 10th, 2020 and the final event which is Solo Cash Cup will be ended on January 30th, 2020. The prize pools resemble Cash Cup at the start of Chapter 2, Season 1. The largest prizes are available in Europe and North America and the smallest prizes are available in the Middle East, Asia and Oceania.

For now, the scoring system for Solo Hype Nite is like this:

Now, where can we see the Fortnite Tracker Solo Cash Cup? You are able to visit fortnitetracker.com to be able to see the leaderboard and everything related to the Solo Cash Cup. If you visit the site now and then you open the even Solo Platform Cash Cup which is held every Wednesday on Mac and Windows, you are able to see in the NA East right now that the upcoming event will be on January 23rd, 2020 and January 30th, 2020 at 06.00 to 09.00. And here is the Leaderboard for NA East.