Get two months of Disney+ to play Fortnite! Why? Surprisingly, Epic Games finally announced a new anti-mainstream promotion. However, it allows the Fortnite players who make a purchase with real-money in-game.  Besides, the promotion is also available for  new Disney+ subscribers to get up to two months of the streaming service for free.

When does the promotion start?

The promotion is starting from November 10th, 2020 at 7 PM ET to December 31, 2020. The promotion with Disney Plus is devoted for 18 years old or older in some certain regions including Europe, Australia, North America and New Zealand when the Disney Plus is available. 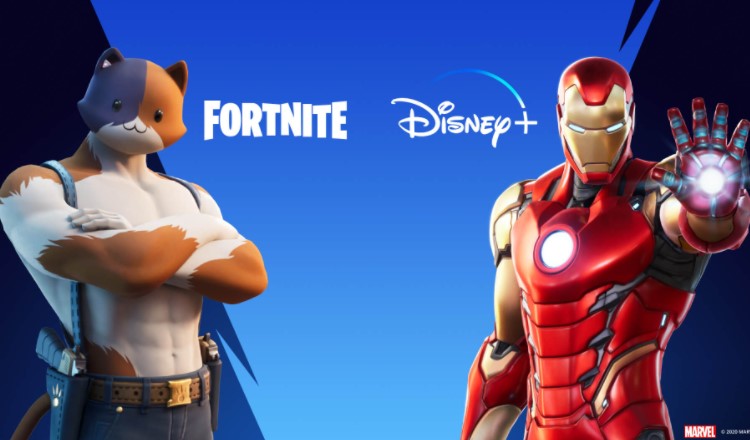 A real-money purchase which is made in Fortnite will begin on November 6th, 2020. It also includes the purchase of its-in game with V-Bucks currency. However, any purchases made with V-Bucks are not electable. Once a two-month Disney Plus trial is over, the players should be charged the monthly rate to continue for a subscription or they cancel it.

Fortnite: Battle Royale never stops bringing up the weirdest partnerships in gaming history. In a somewhat anticipated move, Fortnite’s official Twitter account confirmed today that they reached a deal with Disney Plus. As part of the deal, they will offer service two months after “real money in-game purchase”.

It is the latest in a long line of cross-promotion being developed by Epic Games titles, including Samsung, Marvel Comics, DC Comics, and the National Football League above many others. Marvel’s recently have the partnership in this season to collaborate with Disney.

Fortnite Chapter 2 – Season 4, also dubbed Nexus War, is fast approaching its end on November 30th. Enter Disney Plus, which is Disney’s streaming service launched in November 2019. Disney’s ownership of Marvel will likely give Fortnite players over 18 years of age this opportunity to watch their favorite Marvel superhero in action. Epic Games has announced detailing the agreement with Disney.

From November 10 @ 7 p.m. ET to December 31, 2020, get 2 months of Disney + free when you buy V-Bucks or make real money purchases at Fortnite – such as the currently available Street Serpent Pack.

Buy something earlier this month? We got you covered. If you made real money purchases on Fortnite starting November 6 @ 10 AM ET, including purchasing V-Bucks, you’re still eligible. Visit fortnite.com/disneyplus from November 10 @ 7 pm ET to redeem your subscription.

It should be noted that this offer is NOT available for Fortnite players in France, Japan, the Middle East, Brazil, Latin America, Korea, Turkey and Russia. For you who are qualified for this promotion, you definitely can redeem your Disney+ code at fortnite.com/disneyplus.

For you who sign up for a free Disney Plus subscription definitely need a correct form of payment to get two months service for free. Disney Plus will automatically renew once the two month free offer ends. Therefore, make sure to cancel it if you no longer wish to use streaming services.

Where is the Disney+ promotion available?

To note that players in Germany are only electable for a one month trial of Disney+.

The price should be paid once the promotion is over

How to cancel the Disney+ subscription before it ends?

If you really want to cancel your Disney+ subscription, at least you need to follow some ways below!

That’s it! Now, you already cancel the Disney+ Subscription.

Moreover, if a player only buys a few V-bucks for later use, they are not obliged to spend it immediately. Players who buy items early (especially since November 6) will also not lose money, because Epic says they still count every purchase with real money regarding this offer.

Reported by pcgamer.com, Epic said people can redeem their free Disney Plus at fortnite.com/disneyplus, but the link only leads to page 404 at the time of writing. Each player will only get one redeemable code per Fortnite account, so they must be careful to make use of it. In addition, players will not be able to have a Disney + account or the remaining redemption time for a canceled account.

The Disney Plus service will offer a variety of entertaining shows for fans, such as The Mandalorian season 2, Marvel Cinematic Universe (MCU) films, the Simpsons, and many more interesting shows for children and adults.

You may wonder whether purchasing any quantity of V-Bucks is considered a real-money purchase or not. Well, the answer is yes. it is regardless of how you buy V-Bucks including a credit card payment in-game or redeem a V-Bucks card at a retail outlet such as Walmart or Target.

Well, if you’re enjoying Disney Plus after the trial, do nothing and the service will bill your account each month thereafter. For more information on this partnership, see this website. Make sure to take advantage while you can. All codes will expire on January 21, 2021.