The Battle Pass for Season 6 in Fortnite is a way to get exclusive in-game rewards by playing Battle Royale during Season 6. It can be bought from the Item Shop for 950 V-Bucks. The rewards that you are able to get in this Battle Pass Season 6 are interesting and those are include gliders, outfits, harvesting tools, back bling, pets, emotes, toys, sprays, music, contrails, loading screen and more. All of the items in this game are able to be unlocked stays and do not expires. 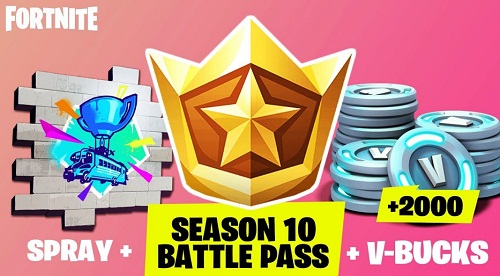 Now, how about tiers? They represent the progress in the Battle Pass and the Season levels represent the time playing during current season. If you want to get Battle Stars, you are able to get them and they are required to unlock certain tiers and get rewards while XP in matches of Battle Royale matches are needed to reach higher Season levels and get Battle Stars. How to get the Battle Stars? You are able to get them by getting XP to level up, completing daily challenges, completing weekly challenges or purchasing tiers with V-Bucks.

The rewards of this Battle Pass Season 6 are interesting and you who miss this season may want to have them. Some of the rewards include Calamity Loading Screen and 100 V-Bucks, Bang! Emoticon, Regal Wave Emote and Calamity Spray, Giddy Up Outfit, 5% Friend XP Boost, DJ Yonder Loading Screen, GG Potion Spray and Plunger Emoticon, 100 V-Bucks, Tomato Toy and more. What can we do if we find codes for these rewards? Well, as we know that there are a lot of generators and also you may have found sites or videos and then they claim that they have codes to redeem so that you are able to get all of the rewards in the Battle Pass Season 6. Well, do not believe with them. As you know that the rewards are only able to be obtained in the Battle Pass Season 6. Or maybe if some of the items are available in the Item Shop when they are listed, you are able to buy them from the Item Shop.

So, you have to be careful with someone or sites or even video which claim that they have codes to redeem because it might be a scam. Note that you only have to buy and get Fortnite items through Epic Games or a site/ company which affiliates with Epic Games. Obey the rules of the Epic Games and play fairly!