In 2018, Epic Games released Fortnite Frozen Legends Pack. In this pack, you are able to get some things such as skins, back bling, and wings. Are you interested with this pack? If you want to have it, it is better for you to know some information about it first.

This pack is available on Fortnite for Android, iOS, PS4, Xbox One, Nintendo Switch and PC. To get this bundle, you have to buy it for $25. It is same as most Fortnite cosmetics items, this pack is for use in Fortnite Battle Royale. Even though this pack was available in 2018, but at that time some players were able to get it early by changing the time on their PC. 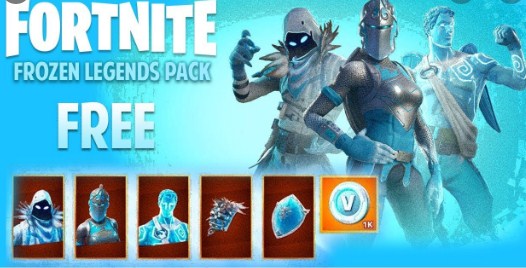 You may wonder what you will get if you buy this Fortnite Frozen Legends pack. Here are the contents of this pack.

Now, let’s find out some information about each skin in this pack.

This skin is a Frozen Series Fortnite skin which was released on December 23rd, 2018 and this skin is a male skin. This skin wears silver outfit and also hoodie. His face part is black and the only things that we can see in his face is his pair of lighting eyes.

This skin is a Frozen Series Fortnite skin which was also released on December 23rd, 2018. This skin is a female skin. The color of this skin is grey and there is light blue color is some parts of the skin. This skin also wears a mask all of his face and it looks like a robot.

This skin is a Frozen Series Fortnite skin which was released on December 23rd, 2018. This skin is a male skin. This skin looks like a statue of Greek figures and it has blue color of all his body. He also has white lighting eyes.

Do you want to have ths pack? If you are interested with the skins and other items in this pack, you are able to by them now in Fortnite.