The new Battle Pass of Fortnite that accompanies Season X has added an entire new collection of cosmetics for players to obtain, and as always, some of them have already been singled out as must haves. One of them appears to be a skin that bears a striking resemblance to Ghost Rider of Marvel, the name of the hero who needs little introduction thanks to his iconic look. For those who browses through the content of the tenth season’s Battle Pass and though you saw Ghost Rider, you were not the only one.

The new skin that looks like Ghost Rider of Marvel is called the Eternal Voyager. This skin is a skin that falls in line with the others in the sense that it has multiple styles the players can equip. those variations show the skin sometimes with a helmet on, but the moment the helmet is taken off, the space faring hothead is seen underneath with flames covering his skull. 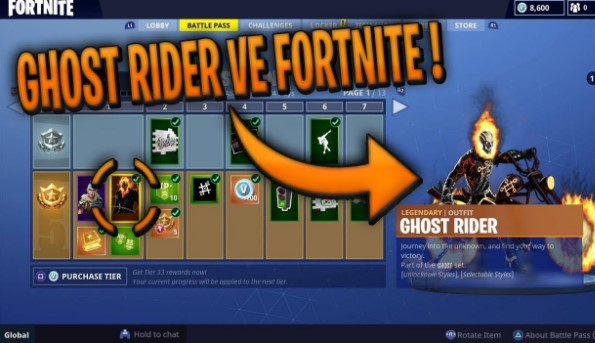 It is going to be a while before you begin seeing the games filled with Ghost Riders since the Eternal Voyager skin is further along in the Battle Pass, so until more people begin acquiring it, you are still able to enjoy seeing some of the best reactions to Ghost Rider being in Fortnite.

Eternal Voyager is known as the name of the Epic Games skin from the Space Explorers set. This skin was available through the Battle Pass during Season 10 and could be unlocked at Tier 87. The appearance of him looks like an alien creature that seems to have taken the place of an astronaut. The skull style of him has an exposed skull with a flaming aurora surrounding it as a reference to no one but Ghost Rider, and all his styles has features the suit of an astronaut. This skin might look like an evil, dark killer who haunts and harvests souls, as seen from most loading screens.

The Season X Battle Pass is made up of seven outfits or skins. Each of them is a remixed version from the old Battle Passes. In case you do not have any slightly idea, Eternal Voyager is the remixed version of Dark Voyager from Season 3.

There are three different selectable styles and four clothing color variations for the skin called Eternal Voyager. All of variations may be unlocked by completing the Level Headed Challenges, Prestige Missions and Overtime Challenges.

For more information about Eternal Voyager and all of their variations, do not hesitate to visit the official website of Epic Games as well as the other sites.