Epic Games, as a Fortnite developer, seems to be constantly giving surprises to the players. After realizing the Marshmello concert in the game in 2019, Fortnite also had started to feature many events which were already held in 2020.

Starting from the arrival of monster battles against robots, black holes which made the Fortnite battlefield change shape, then, to the arrival of Travis Scott. This top rapper made the war arena in the game even more crowded with a concert titled Travis Scott: Astronomical. 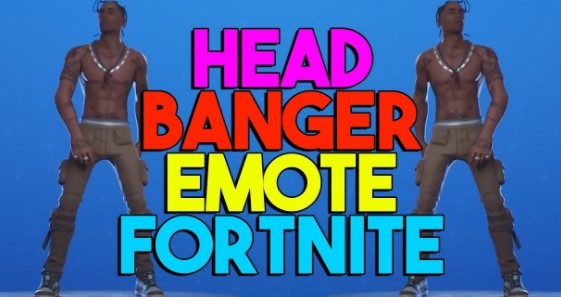 However, Travis Scott’s concert was a bit different from the previous Marshmello concert. Titled Travis Scott: Astronomical, he presented without a stage, the entire battlefield in Fortnite became his place to sing. Coming in gigantic size, Travis Scott was able to hit the surface of the arena with just one beat.

Travis Scott Concert: Astronomical only lasted 10 minutes. As soon as the concert started, players could only use a few emotes. So there was no rioting that occurred, for example shooting at each other like at the Marshmello concert event a year earlier.

A separate Astronomical gear set costs 1,600 V-Bucks that involves a Diamond Jack harvesting tool, a HeadBanger emote or dance move and a Goosebumps wrap to customize any weapons.

Furthermore, the various items of Astronomical bundle can be purchased individually as follow:

Well, the most trending from the Astronomical set is the HeadBanger emote. Because this dancing move came from a top rapper in the world, of course, many Fortnite players use this emote to dance.

Buying this Travis Scott emote is totally not wrong for you. However, this emote is really fun and inviting to do. Then, when this emote comes to the Item Shop, you should buy it soon before it disappears soon from. We totally have no way to inform you when the emote will return back to the shop. So, grab it fast.

If you really desire to watch the Astronomical Travis Scott concert and HeadBanger emote, here we show you some YouTube links below: