You have to remember that its location can be found by you in the special loading screen that you unlock after completing eight Trick Shot challenges. If you are having trouble to find the hidden letter ‘T’ Fortnite, well in this article we are going to inform you where you have to go. 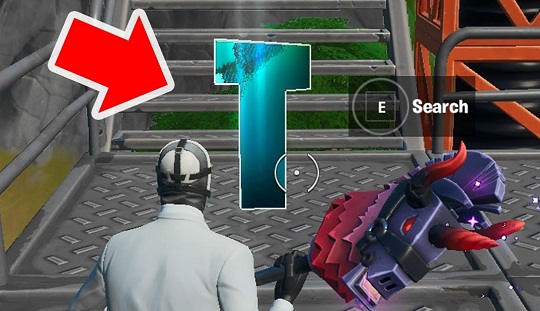 WHERE IS THE HIDDEN LETTER ‘T’ FORTNITE LOCATION?

As we said before that the guide that will lead you to the hidden letter ‘T’ Fortnite is found in the special Trick Shot loading screen that you will only unlock after completing eight challenges from that set. You have to know that the screen depicts two 8 Ball skins having a tense stand-off in the middle of a forest. So, if you look closely at the background of the loading screen, you are able to spot the letter ‘T’ hidden beneath a bridge. For your information, the forest in question is Weeping Woods that located just northeast of Slurpy Swamp, and the bridge where the letter ‘T’ is hidden is in the northern portion of the area. You are able to find it easily enough by following the river. You will need to make your way there to find the letter.

HOW TO COMPLETE THE CHALLENGE

When you know where to look, please head to the bridge depicted in the Trick Shot loading screen and then the letter ‘T’ is going to appear beneath it. Next, you are able to interact with the letter as you would any other item in the game and then you are going to  complete the challenge. It means that you only need to find one more letter to spell out “FORTNITE”. Before you set off to find the letter ‘T’, you have to keep in mind that the letter will only appear after you have already unlocked its corresponding challenges. So, firstly, you are going to need to finish all the other missions from the Trick Shot set before you are able to collect the letter. Fortunately, most of those are fairly easy, but one that might give you some trouble tasks you to dance at the Pipe Man, Hay Man, and Timber Tent. For your information, the Pipe Man is sitting on a hill near the southern tip of the island, just past the snowy mountain that is to the south of Misty Meadow. The Hay Man is in the southwest corner of Frenzy Farm. The last, the Timber Tent is able to be found directly south of Sweaty Sands.

Originally, the first season of Fortnite Chapter 2 was slated to end in early December. But, recently Epic Games announced it is extending the season into February. So, you have many more time for completing any outstanding challenges. If you need help with those, you are able to find all our maps and guides in our full Fortnite Chapter 2 challenges roundup.