The game called Fortnite routinely releases new cosmetics which you are able to purchase using V-Bucks in the item shop of Fortnite, acquire via the Battle Pass of the game, or get as part of a free promotion. The Fortnite emote named Verve is part of the free promotion category though it is one you will only be able to get for a limited period of time. If you want to make sure this emote ends up in your Locker, we will guide you through the steps needed to get the Verve emote in Fortnite. 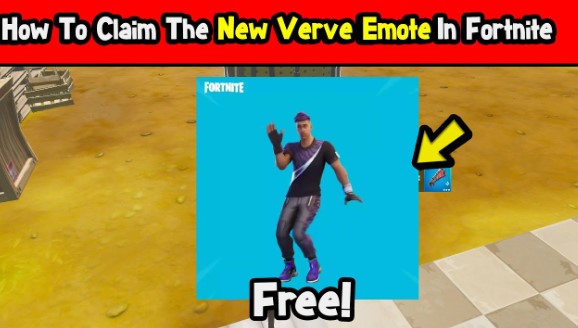 They said that all players attending the in-game showing of We The People in Fortnite on July 28 and 29 will get the free emote, Verve, as a special gift. They explained that the Fortnite Verve emote was modeled after the dance submitted by Michael Mejeh, the winner of the #EmoteROyaleCOntest. Both Michael and his brother Jamie choreographed this dance together, and it is all about the energy. If you are interested in getting the Fortnite Verve emote, do not forget to log into Fortnite from 7/27 8 PM ET to 7/29 8 PM ET.

For those who are curious about the We The People X More Than A Vote showing in the Party Royale of Fortnite, here is what Epic Games had to say about it.

Epic Games stated that OPUS UNITED presents We The People X More Than A Vote, a series of conversations that bring together a coalition of athletes and entertainers to inspire and empower young adults to take action against the voter suppression crisis that is disproportionately impacting Black communities.

The second installment of the event is hosted by athlete and sports host Jalen Rose, Cari Champion and features athlete Jason Heyward, rapper and activist Bun B, actress and comedian Yvonne Orji and rapper Russ. This one will be aired simultaneously in the game and Houseparty app on July 28 starting at 7:00 PM ET. Following the debut of the Party Royale, We The People X More Than A Vote will re-air several times every other hour for 22 hours throughout the day of Wednesday, July 29.

We The People X More Than A Vote sounds like an amazing show, so if you are free when it airs, you are recommended checking it out to get the Verve emote.