Apparently, developer Epic Games added skill-based matchmaking to Fortnite. It starting in season 10 that release in September. Lots of players believed that Epic Games implemented several kind of skill-based system in default playlists including Solo, Duos, and Squads without mentioning it in any patch notes. 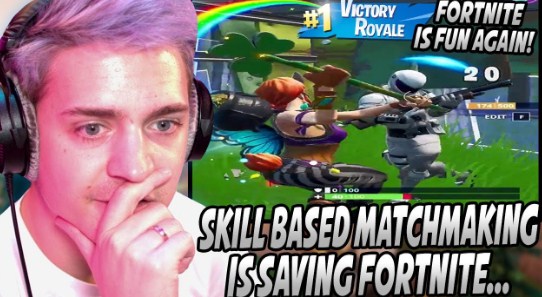 Here is everything you need to have to know about how the skill based matchmaking system works in Fortnite.

WHAT IS SKILL-BASED MATCHMAKING?

In any skill-based matchmaking system, the players join matches with the enemies that have roughly the same game knowledge and mechanical skills as they do. Generally, these are estimated through every player’s match history and stats. In Fortnite, this system is going to take into account statistics like average kills per game, average placing, percentage or number of wins, and matches played. All of these components have to be factor differently into the measurement of a player’s skill level. Besides, they have to be taken into account to calculate a number that will be that player’s skill rating.

Every player is going to have a skill rating based on those stats. Then, the game must be able to make matches that will only include the players within a certain skill range, making all 100 players in a Fortnite match have the same skill level. We think that this sounds like a fair deal. However, there are positives and negatives to Fortnite skill-based matchmaking system.

The high-skilled players are going to always find interesting matches to play in a skill-based matchmaking system. They are going to face the players who may have a different playstyle, that can be a challenge to overcome. For new and casual players, this system make sure that they are going to avoid any high-skilled player who just run them over and make the match impossible to win. They will not have to deal with extremely-fast builders and players with nearly perfect aim.

Apparently, the distribution of players in skill ratings almost always shows that there are few players with very low and very high ratings. Then, the population grows toward the intermediate skill ratings. You have to note that these intermediate levels are where most players are going to be in Fortnite. Usually, an average player will have no problem finding a match since most people online will be within their skill range. While for really bad players and really good players, probably it can take a while to start playing due to very few players are in their level. This can lead to high-ranked players making secondary accounts to play in lower skill ratings only to can play their matches.