Skip to content
Homepage / Guides / How Does the Fortnite Champion Series Work?

As we  know that the Fortnite Championship Series (FNCS) is a six week online competition for Trios teams. To qualify, first, the players have to reach Champion Division in Arena mode. Second, the teams need to compete in five weeks of online tournaments. You have to note that each week teams are going to qualify for the FNCS Season Finals.

In addition, all teams competing are going to receive Series Points based on placement each week. After that, the qualified teams are going to compete in the Season Finals for increased prizes. There are the number of teams that qualifying each week. It make the finals varies by region. For your information, the Season Finals are from September 20th to September 22nd. The majority of teams are going to qualify by accumulating the most Series Points over the five weeks. Apparently, Epic Games has put up another $10 million for the Fortnite Championship Series. 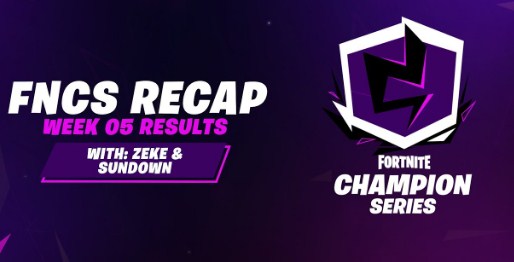 For Trios that reach Champions Division in Arena mode, they are going to compete each weekend for prizes and qualifying spots. You have to know that each weekend consists of 3 rounds. We are going to inform you those two rounds. The first round is open to the players within the Champions Division. The second round is the top 1000-scoring teams from round one advance to round two. The last round is round three that takes the top 150 teams from round two based on their scores. Finally, either eight or four teams qualify for the FNCS Season Finals out of round three. The top 100,000 teams get Series Points. The points vary based on the placement.

Weekly competitions are going to take place on both Saturday and Sunday. Round one and two happen on Saturday. Then, the final round of 150 players takes place on Sunday. The competition times vary based on location and region. All three rounds of the weekly series consist of ten games or 3 hour time limit.

Teams advance to the FNCS Season Finals by doing two methods. The first method is by finishing on top of round 3 of the Weekly competitions. The second method, the teams accumulate Series Points each week. The teams that already qualified by finishing at the top of a region during a respective week cannot double qualify with Series Points. Then, 132 teams in total are going to compete in the Season Finals. Overall, the competition lasts over 3 days. The Season Finals begin on Friday, September 20th and continue through Sunday, September 22nd. The group stages happen over the first two days with the Finals on Sunday.