Skip to content
Homepage / Guides / How Fortnite XP is Calculated

It is important for you to know about XP in the Fortnite game. By knowing about it, you will be able to calculate it, how to get it easily and how to level up fast. So, what is XP? XP is Experience Points and it refers to a variety of resources that are able to be used to be able to upgrade Heroes and Defenders, Survivors and Weapon and Trap schematics or signal the player’s progression through the game.

How to get XP in the Fortnite game? XP can be earned through several ways including: 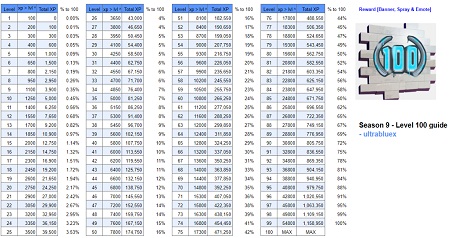 There are several types of XP as we listed below.

How XP is calculated? XP will be calculated from doing the things that we have mentioned above and then the XP points will be calculated based on the performances that you do. XP is able to increase your season level and if you are able to hit the XP cap and level up, you will be able to get some Battle Stars.

In the list below, we have XP points that you will get if you play matches. As we know that playing matches in the game is the main way to get XP and then your performance in the matches will be rated. Here is the Fortnite XP source.

If you want to get a lot of XP seriously, you are able to buy current Battle Pass as soon as it is available. If you buy it, you will obtain XP multipliers for playing alone or with friends and it can increase your gains for any matches that you play.

In the table below, you can see what Battle Pass Tiers you have to hit to increase those multipliers in Season 5.

If you can get to Tier 96, you will get an additional  120% personal XP boost and another 120% for a friend XP boost. If you need the information of complete XP table, you can find the link in the Fortnite Fandom site.