Skip to content
Homepage / Guides / How Long Did It Take Ninja to Get Famous?

If you are Fortnite player and you like watching some videos about it on Youtube or Twitch, you may be familiar with Ninja. He is one of popular streamers and Youtubers from America. It is not easy for him to get a success and fame. So, how long did it take Ninja to get famous? Of course, it is not in one night.

Ninja’s real name is Richard Tyler Blevins. He was born on June 5th, 1991. He started to stream by joining in some esports teams in competitive play for Halo 3 professionally in 2009. At that time, he played for different organisations such as Renegades, Cloud9, Team Liquid, and Luminosity Gaming. In 2011 he became a streamer. He started playing H1z1 and moved to PUBG. 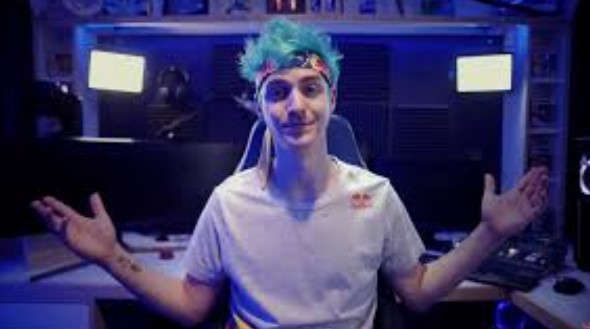 His fame began to increase when he and a lot of others streamers started playing Fortnite Battle Royale in October 2017. He started streaming the newly-released Fortnite Battle Royale shortly after the PUBG Gamescom Invitational. When Fortnite blew up into the mainstream in early 2018, the popularity of Tyler began to grow. The popularity of Tyler fed back to help make Fortnite game more popular as well. He has grown his followers on Twitch from 500k in September 2017 to more than 2 million on March 2018. But, Tyler left Twitch on August 1st, 2019. He did that to be able to stream exclusively on Mixer platform.

The rise of Tyler in fame on Twitch is considered to be synergisticly tied to the success of Fortnite Battle Royale. Tyler estimated he had made US$10 million over 2018. Epic Games acknowledge the importance of Tyler to Fortnite’s success by adding a Ninja-based cosmetic skin to the game in January 2020 as the first part of an Icon Series.

In a video for Bud Light, he said that he always wants to be the best. He loves competing and he always wants to play the best. If he is not doing well, he will be upset and he will be ragging. So, we can learn from him that we have to do the best at what we do. And from his journey, we also can learn that to get a big success, it will take for years because there is no instant success. So, keep dreaming, keep struggling and meet your success then.