Mako glider is the name of one of the rarest gliders in Fortnite, aside from Rainbow Glider, Double Helix, Rhinestone Rider, Cozy Coaster, The Intrepid, Aerial Assault 1, Royal X, Get Down, Sir Glider the Brave, Snowflake Umbrella, Pivot, High Octane, Discovery Glider, The Dark Engine, and so on. How rare is Mako glider and how many people have it? Check out the whole article to find out.

The main reason of Fortnite Mako glider is rare because it was featured early into the lifespan of the game and before the game really took off. At the time, the seasonal shop worked really different compared to the battle pass now, so a lot of players did not bother getting all of the exclusive gear at the time. On the other words, there were only fewer players actively trying to collect skins. Once again, cosmetic unlocks simply were not as big of a deal as they are now. 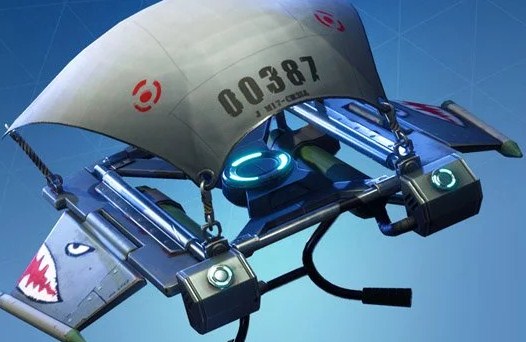 How many people have the Mako glider? There is no specific number of people who own this glider. The only known thing is that a lot of players do not have the glider or do not use it in matches very often. The main reason behind it is because it is pretty boring looking.

On the other hands, some people actually love Mako glider. Having another nickname as Shark glider, this one has attracted a lot of fans, despite its relatively simplistic design. If you compare to some of the later-developed gliders, like the Royale Dragon that is sold for $20, this one symbolizes a simpler time, where glider customization was subtle. For those who desire a more refined design, the Fortnite Mako glider is likely at the top of the lists.

Can you get Mako glider now? As stated before, it is unlikely that players will ever be able to get the Fortnite Mako glider again. If the players did not manage to acquire it in Season 1, then they are more than likely out of luck.

Actually, the developer of Fortnite named Epic Games did make a mistake on January 1, with the Fortnite Mako glider inexplicably becoming available for purchase via the in-game store. This accident was clearly not intentional, but hows that errors can happen. It means there is a chance for the skin to be featured post Season 1.

In the past, Mako glider could be purchased from the Item Shop during Season 1. Aside from that, the glider could also be obtained by reaching level 25 in Season 1. The glider is a normal glider that has not been came back out since Season 1.

For further information about Fortnite Mako glider, do not forget to visit the official website of Epic Games. It is better for you to follow the social media accounts of them as well to get the latest information about Fortnite, including Mako glider. In addition, you are also encouraged to join the community of Fortnite and discuss with the members.