After you know that to get the Tart Tycoon skin, you must participate in a Fortnite tournament named #FreeFortnite Cup. Certainly, there will be any certain rules that you have to recognize if you want to get this skin. Then, what are the rules of the Free Fortnite Cup?

The #FreeFortnite tournament will take place in competitive regions on Sunday, 23 August. This is a single competition, which will take place within a four hour time limit. During that time, participants will have 12 matches to collect as many points as possible. It surely can be a main rule in which the player should get a lot of points.

How many minimum points do you need to have? 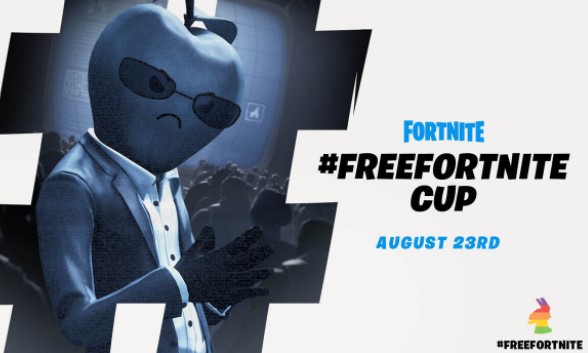 In this tournament, you just need 10 points to qualify for the Tart Tycoon skin. So, all you must do is either win one match to obtain 10 eliminations or stay alive for 30 minutes. After that, you are able to reach 10 points by doing a combination of those things. But, it is not totally hard to obtain enough points to get the skin.

If you consider yourself as a competitive player in Fortnite, indeed, there will be another prize that you can grab. If you are one of the 20,000 top scoring players during the tournament, Epic Games will give you a real Free Fortnite hat which features a llama with a color schema which absolutely parodies Apple.

Then, if you play better and place in the top 1,200 players, you definitely can get the prizes as follow:

For more information, you can check out the official rules of the Free Fortnite Cup here.

Why did Epic Games hold the Free Fortnite Cup tournament?

Not long, Apple responded quickly with the removal of Fortnite from the App Store. Google, too, joins the cause, nixing Fortnite from the Google Play Store. To scoff at Apple, finally Epic Games hold the #FreeFortnite Cup which will give a Tart Tycoon skin as a reward. The Tart Tycoon definitely is represented by a man with Apple-headed which has an evil expression. It is seemingly enough to make Apple infuriated, isn’t it?