If we talk about Wolverine, our brain will automatically be directed into a fictional character who appears in American comic books published by Marvel Comic. He is also well-known as Logan and sometimes Weapon X.

Now, Wolverine is in Fortnite to offer you any challenges that you should complete. Wolverine is added to Fortnite v14.20 Patch NOtes that stage New Wolverine Boss, Takeover LTM, Birthday Event and more.

In fact, in Fortnite Chapter 2 Season 4 is presenting the Marvel contents and anything related to Marvel Superheroes. Epic Games also put on regular new Marvel-themed locations like Ant-Man’s Manor and Stark Industries popping up each week. Then, new AI enemies take down like the robotic Gorgers and Iron Man. 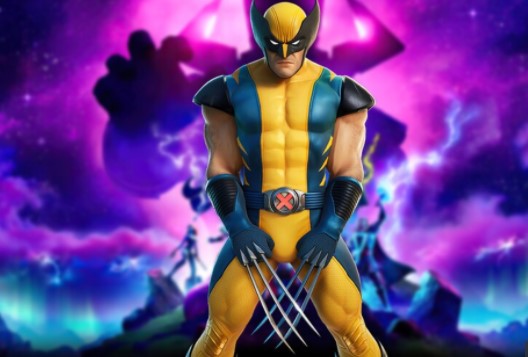 Who is Wolverine in Fortnite?

Wolverine is the third boss that has been added to the game in Fortnite season 4 after Doctor Doom and Iron Man. Seemingly, Logan or Wolverine is the hardest one to take down so far. It is because Wolverine has the ability to counter builds to make him quite the challenge to deal with.

In Fortnite Wolverine spawns in Weeping Woods, but there is no exact spot of Weeping Woods as the location of Wolverine’s spawn. It means that Wolverine can be anywhere in the vicinity of Weeping Woods. Certainly, the players will find it hard to find him that he usually roams in the forest. That’s why taking down the Wolverine boss is the hardest challenge to do.

How Much Health Does Wolverine Have?

In Fortnite, he will put up a fight by just asking those ruined Sentinels. Which makes him so hard to take down is because he appears to be over 1,000 health/shield available. He also becomes aggressive after whoever is trying to attack him.

How to Take Down Wolverine in Fortnite?

Over 1,000 health/shields which Wolverine has, certainly, those amounts of health make him so strong and a bit hard to take down. In this case, you will need any tips and tricks in taking Wolverine down.

Then, if it’s possible, the best bet to attack him is from a far on top of a building. Meanwhile, fighting him up close is a bad idea unless you can give enough damage as quickly as possible to take him down. Besides, he will run faster than your common Fortnite character. Wolverine also will shred your structures. So, building it is such an effective way to take him down easily.

After you have relegated Wolverine, you are able to grab Wolverine’s Claws superpower ability. However, it will allow you to do an Air Slash Maneuver that you can do in mid-air. In this case, you can spin around with your claws which are extended and tear up anyone in your path.

To avoid him, you also can dash in the air if you hit the jump button again. The dodge ability and a generic slashing attack is your primary in taking Wolverine down.

If you do not know yet how to take down Wolverine, you also can watch a YouTube video from Comrad3s entitled How to get Wolverine’s Claws Superpower Weapon and Where to Find Wolverine Boss in Fortnite Season 4 that you can access at https://www.youtube.com/watch?v=-LqHP_LuxIU&feature=emb_logo.