Apparently, there will always be a debate between PC and console players regarding which form of equipment is superior in Fortnite. But, a new controller-based trick is able to give the odds to some extraordinarily fast edits.

Typically, playing Fortnite with a mouse and keyboard comes with many advantages. With a wide assortment of programmable keys, there is no two functions have to be mapped to the same input, leading to an arguably more efficient experience than those who are utilizing a controller or a touchscreen for instance. 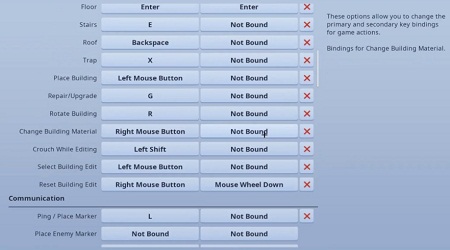 However, there is a new trick. It is turning the tides and giving the controller players a much faster means of editing in the popular Battle Royale. Traditionally, a number of building and editing mechanics are mapped to similar inputs on any given controller. Regardless of which control scheme you stick to or where each function is laid out, a new trick that combines two functions will rapidly speed up the pace of your editing. The only setting that you will  need to toggle in order for the trick to be employed properly is you have to press the “confirm edit on release’” setting. This option ensures that all edits are going to remain in place automatically when you have already backed out of the editing mode, rather than requiring a manual confirmation. Then, to significantly decrease the time of resetting various edits, all you have to do is to press the “confirm” and “edit” buttons on your controller at the exact same time. This is going to instantly bring reset any edits and put the default building block back.

In addition, you may also want to know how to build faster or shoot better using the PS4 controller. Here is a guide on the different PS4 Controller settings on Fortnite and how you are able to change them.

HOW TO CHANGE THE CONTROLS ON PS4