Just like most video games these days, you are allowed to personally deck out how the character of Fortnite looks like. Actually, based upon how many options a player has to customize their characters with, they are recommended to do this very thing.

By deciding exactly how you would like your avatar to look and exactly what you would like them to wear, you are able to personally customize their appearance to give your Battle Royales a little more life, authenticity and individuality. In addition, the other players will actually be able to see what your characters looks like while playing the game. 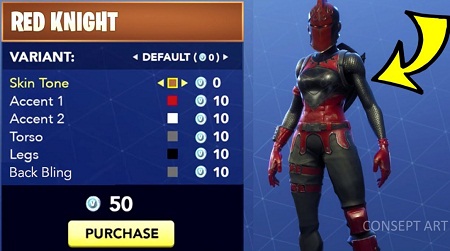 Even though it is far from necessary to alter you character in any given way, it is still such a good option to have for those who like to do so. Aside from that, a thing called Custom Match Making is able to even put restrictions in what your character must be wearing in order to participate. Basically, it is a feature that allows players to set up private matches, where only other players who they invite can join. There is a code that can be shared to the other players. Custom Match Making is a growing theme in video games these days. Please keep in mind that character customization not only allows you to put the personally touch on the avatar in Fortnite, but it also allows you to express your creativity to the others while playing the game.

Some other people think that there is no way to customize your character in Fortnite. you might ever heard about a site that lets you create your own custom skins for Fortnite named Make Fortnite Skins. Rather than allowing the players to customize their own character, this site uses the existing pieces of skins that are already present. The offer offered by the site is the ability to mix and match pieces of different skins to create new ones. There is no way to port those skins into Fortnite itself. This one is just a art tool that is fun to mess around with.

It seems like Epic Games wants to sell skins in full without mixing and matching that would create some and odd aesthetics. The only mixing that you will be able to do is to choose different pickaxes and back bling, but not arms, legs, heads and such. As it would be look cool of customize your character in Fortnite, everyone wishes that Epic Games will release something. There is a potential in a monetization path where instead of mixing and matching all the current skins, you create a separate, custom pool of arms, legs, heads, accessories that could go on a blank character and allow for deeper customization. it would be better for Epic Games to still sell full skins most of the time, and also with a custom male and female character, and sell bits and pieces for unique combinations that players could have a lot of fun experimenting with.