Fortnite Chapter 2 Season 5 is coming with a variety of superb challenges which are offered to the players. In this season, Epic Games is being a bit more cryptic with the latest Fortnite challenges which tasks the player to dispense their inner bounty hunter and explore the map in search of the chests and treasure. Well, that’s a marvelous Fortnite season, isn’t it?

One of the challenges that the players should complete is to find and defeat Ruckus. Known, Ruckus is one of the bosses which is added to the game in Fortnite Chapter 2 Season 5. He is also just one of many NPC characters which have flooded the Fortnite island. Now, it’s your turn to find and defeat them as well as possible. 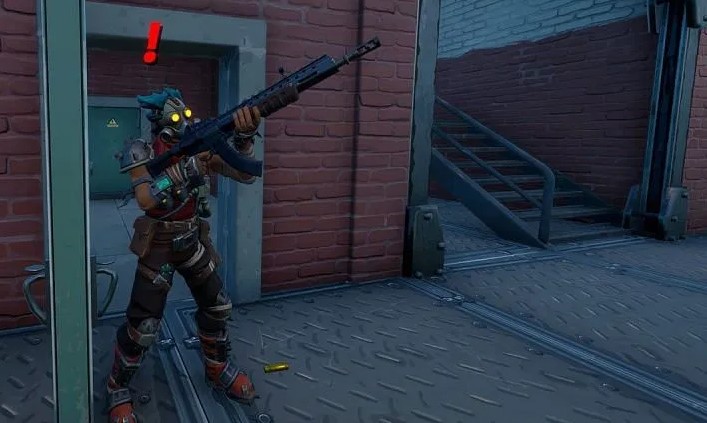 Where to Find Ruckus?

Unlike the previous season in which Epic Games leaked the locations where to find the Fortnite bosses, but it’s different in this season. Epic Games actually is not letting the player know where ruckus can be found. It means that you have to diligently find out a lot of posts to know the exact location of Ruckus.

Ruckus can actually be located in a factory building to the southeast of Slurpy Swamp next to the big water dam. On this location, you will find the Hydro 16 building. Well, ruckus can be found around it behind the building and the player will see him patrolling the outside of the building or the inside.

You probably will see that Ruckus is packing heat with a legendary heavy assault rifle  to boot and also a rocket launcher. To note. Ruckus also has a lot of health and shield. So make sure that you line up the headshots when you are dealing with him as he has tons of HP.

How to Defeat Ruckus in Fortnite?

Once you already know where the location to find ruckus and you successfully find them in the location that we mentioned, all things you need is to start defeating them to complete this Mandalorian-themed quest.

Keep in mind, Ruckus is coming to the game with tons of shield and health. So, you should prepare for this encounter before go on defeating the Ruckus by finding a weapon beforehand with a few health packs or shield potions.

Need to know, Ruckus will only react after he sees the player. It means you should attack him first before he finally defeats you. In order to defeat Ruckus as much as possible, make sure you already have enough weapons and ammo to defeat him down.

Well, here’s how to defeat Ruckus in Fortnite!

Once you successfully find Ruckus, you should be on their guard due to there will be a lot of other players who are trying to complete this challenge too. So, be careful of other players trying to do this as they will do anything in their power to try and stop you.

To defeat Ruckus, you will need to put up a big fight because he has a superb health bar. While, defeating him automatically will unlock  the Besakar Style for Mandalorian. It also provides you with high firepower weapons such as an assault rifle and a rocket launcher.

Moreover, you should build yourself a high vantage point to try keeping Ruckus at bay as he will launch rockets at you at any moment. However, Ruckus is not stupid to be defeated, so you need to get up close, so he will not fire rockets at you and rick damaging himself.

In the way of defeating him, try to put any objects or walls between you and him which you can poke out from quickly. If you do it, he will focus on those at a slight distance.

Furthermore, he will be prone to shots from any mid-range gun. You can also use the two power boxes outside Hydro 16 to serve cover while you’re defeating Ruckus with a grey Pistol. Need to know, he also has a fair amount of Shields to chip away but once he beats whites, he’s quite much down. 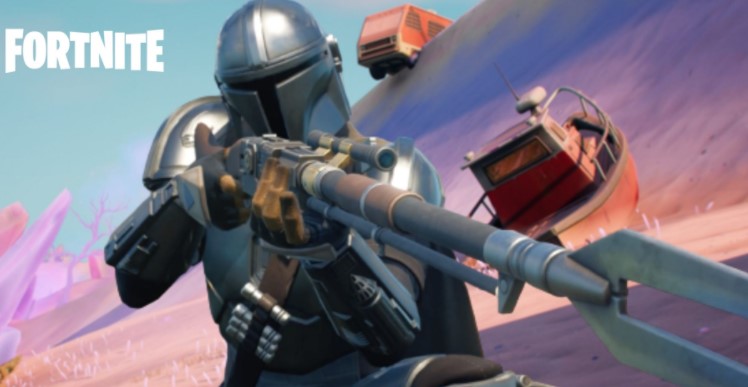 Aside from defeating Ruckus in Fortnite Season 5, there are also other challenges involved as the Mandalorian challenges. Here they are:

This is the first Mandalorian challenge in which you are allowed to land at the Razor crest.

The next challenge of Mandalorian, you have to get 5 Weapon Specialist Accolades. To get it, you will be easier to work it in Team Rumble where there are a number of players to kill with unlimited respawn.

You also have to find the Beskar Ingot which can be found in the Belly of the Shark. To find it, you need to head to Sharky Shell located in the top left of the island. If you fly, you will see a Shark’s head, then go inside the Shark head. Once you are inside, you can head straight into the main room and build a staircase which is going up to the left. At this point, you will see a vault door in front of you, go inside and the Beskar Ingot can be found on the back shelf in the corner.

To complete this challenge, you have to head to the bottom right of the map and go into the snowy mountains, to the south of Catty Corner. Here, you will locate a massive chest which has an ID scanner. It will only open if you are wearing the Mandalorian skin.

A legendary quest will be highlighted Orange/ Gold in your quests menu. It means you have to do 5 Bounties.

The last Mandalorian challenge, you should collect 500 Gold Bars. You actually can get it by opening chests, killing your opponents and completing bounties. After you successfully do it, you will have a chance to unlock the Mandalorians right-thigh.