Skip to content
Homepage / Skins / How to Get Dark Rex Fortnite

Dark Rex skin is a Series Fortnite skin which was released on November 7th, 2019. This skin is from the Dino Guard Set and Dark Rex is a male skin. The official description of this skin is:

The dark king of the dino guard. 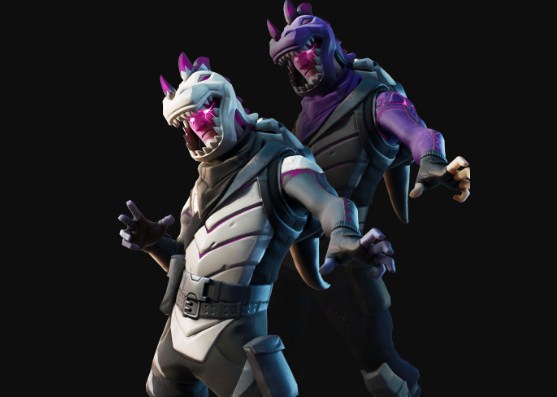 This skin has black and grey color and also there are some parts which is in purple color such as in the edge of the horns of his helmet, his eyes, and in some parts of his suit. He wears a black scarf and also there is a pocket in his left left thigh and in his right waist. He has glowing purple eyes and he wears a Dino helmet. His face appears through the toothed mouth of his Dino helmet.

How to Get This Dark Rex

If you want to have this Dark Rex, you just have to go to the Item Shop and you are able to buy this skin there when it is listed for 1,200 V-Bucks. So far, it is known that this Dark Rex skin has appeared in the Item Shop for 5 times. Here is the details.

When you buy this skin, you will also get a back bling and it is Dark Scaly back bling.

You are able to watch these videos to see how the Dark Rex is in the game. And if you want to see him dance, you can watch the last video from the list above.