Skip to content
Homepage / Guides / How to Get Fireflies in Fortnite

Fireflies in Fortnite definitely refer to a flaming flying animal and you should get it. Of course, you may be curious to know what the function of these Fireflies are and how to get it. Not only you who want to know the ways on how to get it, but we guess that every player in Fortnite really wants it a lot.

Certainly, in this chance, we are here to help you find the ways to get the Fireflies on Fortnite.

However, the Fireflies and the Firefly Jar are one of the Fortnite game challenges so the players are suggested to get it. Please keep staying on this page if you really desire to know the ways! 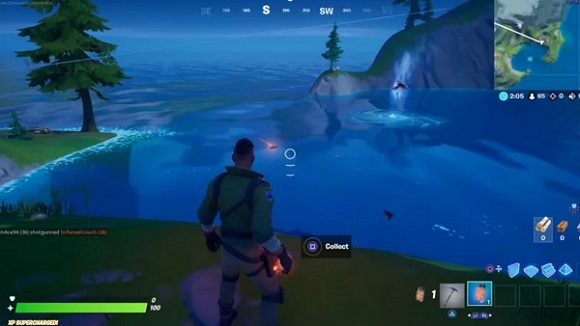 As we know that Epic Games has introduced fans to an all-new Battle Pass and a bunch of new content including a few leaks surrounding items, the weapons and loot sharks. Those items definitely will be added soon to the Fortnite Battle Royale.

Epic Games has added the Firefly Jar to Fortnite Battle Royale as the part of a hotfix which was released on June 23, 2020. In this case, the players should recognize that the jar is in the evolution period right now. It means that it will suddenly disappear from the game anytime in the future.

Moreover, the Firefly Jar is such a new grenade like the other items in Fortnite Season 3.

Then, before you know the ways to get the Fireflies, it will be better for you to know some facts about it. However, there is not much information shown about the Fireflies. So, by knowing the facts about it, definitely you can get it as easy as possible. Here are the things about it:

Then, how to get the Fireflies and Firefly Jar?

Of course, the main way to get the Fireflies easily is to keep your eyes open while you run around the map while playing the game. In this case, the Fireflies will randomly spawn near campfires and trees. Furthermore, you must spot them as they will give off a soft warm glow on the surrounding area.

After you find them, of course, you should run up and interact with them. Then, you have to grab them out of the air and create a Firefly Jar. Moreover, you are able to throw the Firefly Jars enemies or structures.

Then, if you hit another player with them, it will do 40 damage. After that, continue to tick damage if they stay in the flames.