Skip to content
Homepage / Guides / How to Get Powers in Fortnite

Power in Fortnite is a measure of the strength of Heroes, Weapons, Traps, Defenders, Survivors and the player’s Home Base. The Power is commonly used to measure the difficulty of Expeditions and also Missions.

Aside from Power, you can find the term of Superpowers in Fortnite. at first glance it looks the same but has a different function. Superpowers is a special type of Mythic item that you can find in Fortnite Battle Royale. It aims to grant the player abilities based on different Marvel superheroes and villains. 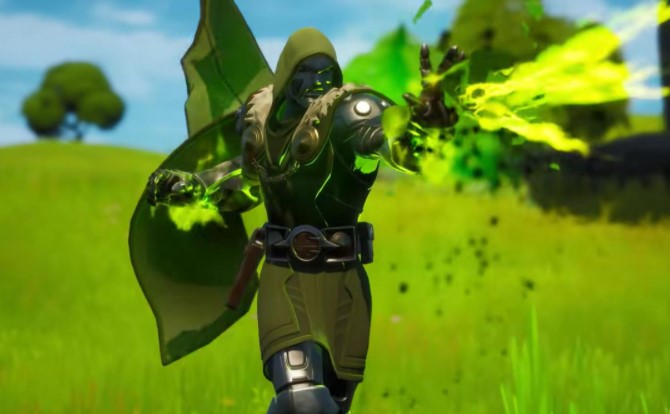 Because a lot of Fortnite players assume these two things are the same, this post kindly will inform you the differences between them including the definition, the functions, how to get it and more. So let’s find the facts below!

How to Get Superpowers in Fortnite?

Superpowers in Fortnite is a special type of Mythic item that you can find in Fortnite Battle Royale. This is to grant the player abilities based on different Marvel Superheroes and also villains. The first of Superpowers were added in Fortnite Chapter 2 Season 4. Now, all the superpowers are currently vaulted.

Because you already know the four mythic items that will give you Superpowers, of course what is in focus now is how to get it. If you are trying to get them, you will have a chance to get more than one of those items at a time. Even though the way to get the Superpowers in Fortnite was over, knowing for the ways to find them is quite important for you.

Here’s how to get Superpowers from the Mythic items below!

Getting the Arcane Gauntlets and Mystical Bomb

The Arcane Gauntlets will shoot you into the air, following you to escape your opponents fire or just get around faster. While, Mystical Bomb is a crucial-energy ball that can deal 60 damage to the players and sets a massive area on fire. However, this is by far the most powerful of the Fortnite Superheroes abilities.

In defeating Doctor Doom, don’t forget to take a key to Doom’s Vault which is located under the soccer pitch for more tasty loot.

Getting Groot’s Bramble Shield and Silver Surfer’s Board

Getting the Groot’s Bramble Shield and Silver Surfer’s Board may be a bit of a challenging task to do. In doing this challenge, it also requires luck to get. However, the Groot’s Bramble Shield is a slower version of Baller that has been vaulted back in Fortnite Chapter 1 Season 10. This can heal the player hiding it but it’s slower than the Baller which just has a 25-second cooldown.

Which makes it so interesting is that the Silver Surfer’s Board will give you the Fortnite Superhero ability to boost into the sky. It works a lot like the Launch Pads which has been vaulted too. To get both of these mythic items, you totally can follow the same way. Need to know, the Silver Surfer’s Board is a very rare drop which may take multiple matches to find one.

Here’s for the guides to get the Groot’s Bramble Shield and Silver Surfer’s Board:

About Power in Fortnite

As we’ve mentioned, Power is a measure of strength of weapons, heroes, traps and more. You need to know that all inventory items actually have a Power which depends on their type, level and rarity. The item’s power can be increased by evolving and leveling it. Moreover, the higher rarity items have higher Power than others of the same type and level.

On Weapons, Traps, Heroes and Defenders, the Power serves as an indicator of the item’s strength which has no influence on game mechanics. However, the Survivors and Lead Survivors increase the player’s F.O.R.T. stats proportionally to their Power when it’s placed in a Survivor Squad.

Well, for an individual items, the formula to calculate the Power is as follow:

Here’s for the table depend on the type and rarity of the item: