Such is the long wait for DC fans in which the Flash, a flashing cameo in the game will finally appear on Fortnite through The Flash Cup. We think as a DC lover, you will be interested in participating in this amazing Fortnite Cup. The Flash Skin can be a strong reason why you should take a consideration to participate in this cup.

Are you wondering when The Flash Cup will be held in Fortnite? If so, we think that you finally decide to participate in The Flash Cup in order to get the Flash Skin, don’t you? So, let’s see the explanation below!

How to Unlock The Flash Skin? 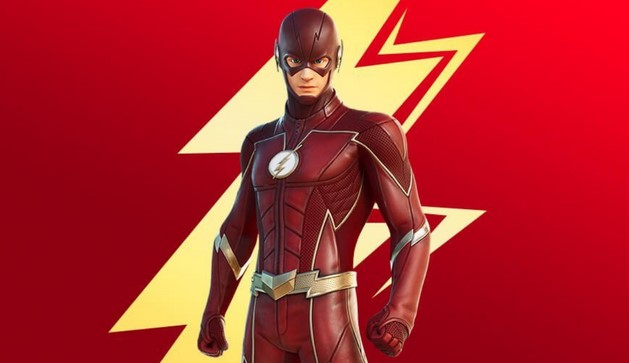 To get the Flash skin, you should beat out the competition by earning the most points within the Flash Cup’s 3-hour time slot. Here’s for the scoring points:

The Victory Royale will grant you the most points by reaching the top two, three, fourth and so forth, following in descending order. However, reaching a victory is not the only way to get the scoring points due to each elimination also adds to your total.

So, here are the following rank placement can qualify you for having a chance to get The Flash skin and the back bling rewards:

The Flash Cup effectively doubles the winners from the Hearts Wild Cup, meaning you can have a chance of placing high enough to obtain a free skin. Well, it’s worth a try if you are a consistent competitive Fortnite player.

When Does The Flash Cup Take Place?

According to Epic Games official page, The Flash Cup will take place on February 10, 2021 starting from 3pm PT/ 6 pm ET/ 11pm GMT. This is a duos tournament in which the players are able to team up with a friend. In order to get the Flash Skin, you should participate in The Flash Cup in a maximum of 10 matches within three hours. However, it’s such a great chance to win the Flash skin.

To participate in this Fortnite cup, you should have an account level of 30 and have 2FA authentication turned on. Through the cup, the Flash will bring an inviting tournament’s story which is actually going to increase the adventure.

When Is the Flash Skin Be Available in Item Shop?

We think buying the Flash Skin from the item shop is a second option that you should be concerned about as there is a chance ahead that you should reach in order to get the Flash Skin. By participating in The Flash Cup and reaching the top-performer in this tournament, we guarantee that you will get the skin.

However, the Flash Cup also offers you some amazing rewards, here they are:

When the Flash skin is added to the item shop, it will definitely be part of a larger bundle of Flash-themed items. We think a lot of players can expect to obtain their hands on a Speed Force Slashers pickaxe and also Quick Bite emote as well as the Speed force-themed back bling cosmetic.

Need to know, the back bling and pickaxe are both styled after the Flash’s lightning-bolt logo. Then, the emote sights the player use the Speed Force to get a snack. Moreover, the items in the Flash set will be sold separately from each other just like most Fortnite cosmetic’s sets.

Many Fortnite fans expect that the Flash skin will cost 1,500 V-Bucks as the usual price for most Fortnite skins available in the Item Shop. Then, the cosmetics will go for 500 – 800 V-Bucks although the cost will be available when the set officially releases on February 13, 2021.

One of the hottest battle royale games in the world, Fortnite slowly became the biggest pieces of crossover media ever which partnered with some film industries such as Marvel, DC and more.

As we know, there has been a steady flow of skins which is based on the characters inspired by video games, movies, TV shows and comics. The DC and Marvel characters are one of the more frequent faces to appear in the game. That’s why the Flash is finally coming to Fortnite.

Just like the Arrow skin, the Flash is based on the CW Flash series which is especially the fourth season’s redesign of Barry Allen’s suit. For more information, the Flash skin is set to be released to the item shop which is predictably on February13, 2021. However, you should firstly unlock the skin through The Flash Cup in order to get also a Flash-themed pickaxe, emote and back bling.

Well, those are all about the Flash Cup and the requirements that you should fill in order to get the Flash skin.