Skip to content
Homepage / Guides / How to Get the Harley Quinn Skin, Styles, and Pickaxes in Fortnite

Recently, Epic Games has extended the partnership with DC and Warner Brothers. The goal of Partnership is to promote the new movie, that’s Birds of Prey. What is it? If you are movie lover, you probably are not strange with this term. Indeed, the character appears in the popular movie: Batman: The Animated Series. Harley Quinn is a fictional character in DC Comics Batman in which this character appears in The Batman Adventures. 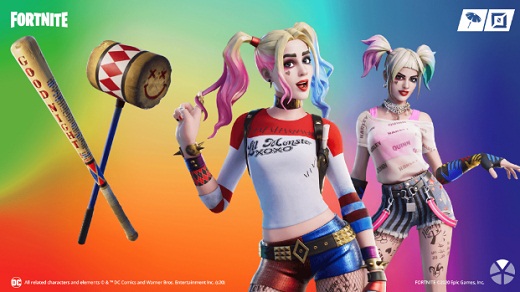 Harley Quinn is appearing in the style of jester. In some comics, she waas represented by wearing a black domino mask, white facial makeup with one piece black and red motley outfit with a cowl. She is not permanently white in the animated series, showing the Harley Quinn costume with a normal skin complexion. She is also imagined that has blue eyes and blonde hair. She typically used high-heeled shoes, white lab coat, glasses and a short skirt. From costume and her character, definitely she is different from Joker as many people think.

Now, the Harley Quinn was available on Fortnite after Epic Games announced for this formerly. This will include all of cosmetics in a bundle. You will get a chance to have the Harley Quinn outfit, Punchline Pickaxes and Harley Hitter with unlockable style for the skin.

Definitely, the outfit will come with three challenges that you need to complete to unlock the ‘Always Fantabulous Harley’ variant. Here are the challenges:

It seems difficult when you are going to hit weak points. One of the new bugs in this challenge generally causes the weak points to fail registration.

Well, do not forget to get Harley Quinn pickaxes. However, it is such an important thing that you must have if you desire to play this character.