Umbrellas refer to type of cosmetic item player may equip and use for Fortnite Battle Royale. They are cosmetic only, so provide little, if any, advantage. Players are able to obtain them only by achieving a Victory Royale, as they are not purchasable, nor can they be acquired as part of achieving a tier or level during the Battle Pass season.

The following umbrellas are in Fortnite, with their corresponding win environments: 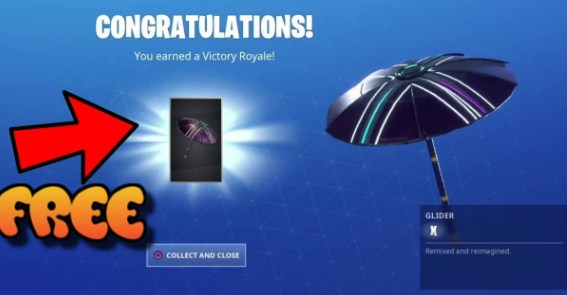 Once again, players are able to obtain them only by achieving a Victory Royale, as they are not purchasable, nor can they be acquired as part of achieving a tier or level during the Battle Pass season. It means you cannot get the victory umbrella in Fortnite without winning. You might see some generators that claim to give the method to get the umbrella in Fortnite without winning. If you see these kinds of thing, it is better for you to avoid them. All of them are fake and scam and can put your Fortnite account at a risk. Even if getting the victory umbrella is hard, you are encouraged to use the legal way.

The term Victory Royale, which is also known as a win or a dub, is given to the last solo, duo, squad, or big team alive in Fortnite Battle Royale. When you get your first win, you get an umbrella, and if it is not your first win on that season, an umbrella specific to the season that you won it in. Aside from that, there is also a emote where you are able to spin the Victory Royale sign.

So, how to get a Victory Royale? Here are the methods. First,  solo, duos, trios, squads, slide, The Floor is Lava, Solid Gold, High Explosives, Sneaky Silencers, Close Encounters, Catch!, and Sniper Shootout: eliminate the others and be the last one standing. Second, barge team modes: eliminate the other teams. Third, Team Rumble: reach the elimination goal. Fourth, Air Royale: Destroy the planes of the others. Fifth, Arsenal: eliminate a player using the final weapon. Sixth, Bounty, Disco Domination, and Score Royale: reach the point goal. Seventh, Endgame and Infinity Gauntlet: kill Thanos and his allies (as the Avengers) and kill the Avengers (as Thanos). Eighth, Food Fight: destroy the mascot of the other team. Ninth, Horde Rush: beat the husks. Tenth, Getaway: get the jewel from the safe and move it to the van. Eleventh, Storm King: destroy the horns of the Storm King and then finish him off.