Skip to content
Homepage / Skins / How to Get Wildcat Skin Fortnite

In Fortnite, if you want to change the looks of your character, of course you have to unlock another skin. However, to get the Fortnite skin, you can make a purchase from the Fortnite Item Shop or get it as the reward for a certain Fornite challenge or even get it by buying the new console bundled with the Fortnite skin.

Getting the Wildcat Skin! 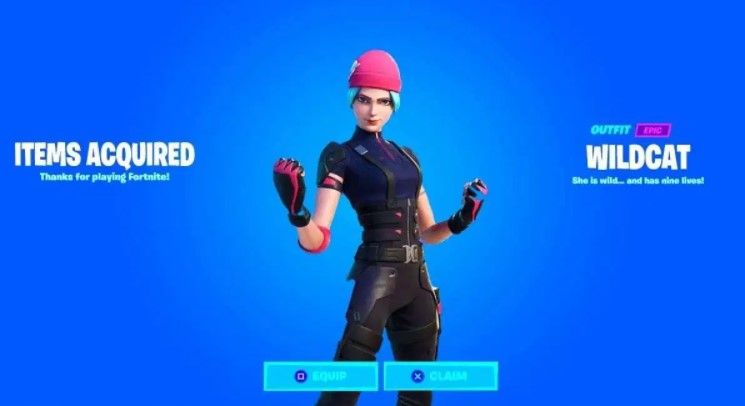 One of the skin which is as the console’s bundle is the WildCat Skin. Unfortunately, the only way to get this skin is by purchasing the Fortnite Wildcat Nintendo Switch bundle. That means the players really will have a chance to get the Wildat skin if they buy the Nintendo Switch with Fortnite special edition. The good news is for the Nintendo Switch lovers, isn’t it?

This edition comes with a special Fortnite designed Nintendo Switch with the game pre-installed with a code for the Wildcat bundle and 2,000 V-Bucks.

How Much Does the Nintendo Switch Fortnite Wildcat Cost?

This Nintendo Switch bundle will have a suggested retail price of AU$469.95 in Australia, however no pricing has been confirmed for Europe at this time. We’re totally sure that the pricing will be confirmed soon.

Another Way to Get the WildCat Skin

Even though there are no official other ways to get this skin but a number of people on Twitter have another way to obtain this skin. What is it?

If you really want to have Wildcat skin, the other way that you can do is to go over to eBay to buy a skin code for it. Given the price for it reaches $80, you may take a deep consideration to buy this skin as the Wildcat predictably will hit the Fortnite item shop. So please don’t waste your money to buy the skin that you can get another way later. However, getting the skin by spending about $80, it’s not reliable as the Wildcat skin is not all that impressive.

Of course, many Fortnite fans who cannot buy the Nintendo Switch combo pack really hope later the Wildcat skin will be released on the Item shop. Then, all players will have a chance to get this gorgeous skin. In fact, a lot of skins which were initially obtained by completing the challenge or by purchasing the new console finally hit the Item shop and are available as quickly as possible.

So we have a big hope that the Wildcat skin also can hit the Fortnite Item shop sooner or later.

What is in the Nintendo Switch Bundle?

You may already know that PS4 and Xbox players often obtain an exclusive Fortnite bundle. As a throwback, the popular Galaxy skin was reserved only for Samsung device users and gave the incentive for the players to at least try playing Fortnite on different platforms.

Now, Nintendo Switch tries to give a bonus for the players who desire to buy this console. A new Wildcat Fortnite skin is coming on Nintendo Switch which is bundled with a unique Switch console itself for those who are looking to play mobily.

Of course, for the dedicated Switch users probably will take advantage with it but it seems useful for the people who want to pick up this popular portable console. It’s because this bundle is only available if you purchase the special edition Nintendo Switch console which will be coming soon so you may start saving your money.

For Europe players, they can look forward to the launch date of October 30 for the Fortnite Wildcat Nintendo Switch bundle. While, in Australia and New Zealand, it takes place a week later on November 6, 2020. Unfortunately, there is no official announcement of a release date for other regions in the world including North America. So it may be the only certain regions to get this  bundle.

You may wonder what’s in the bundle, so here are the items contained in the Nintendo Switch bundle aside from the Wildcat skin:

Well, those are some marketplaces that you can visit to buy the Fortnite Wildcat Nintendo Switch.

The Wildcat skin is an Epic Fortnite outfit which is part of the Fleet Force Set. This skin was first added to the game in Fortnite Chapter 2 Season 4. Well, this skin is just available in the Nintendo Switch bundle. Here’s the detail information for the Wildcat skin:

Talking about the Fleet Force set, this is a set of Fortnite cosmetics in Battle Royale mode. Aside from the Wildcat skin, this set also includes:

This is an unreleased Epic harvesting tool in Fortnite Battle Royale.

This is an Epic Back Bling which is bundled with the Wildcat skin. It can be obtained by purchasing the Fortnite Wildcat Nintendo Switch.

This is an unreleased Uncommon glider in Fortnite Battle Royale.