Wolverine comes to Fortnite as the third boss that you definitely have to defeat. However, to eliminate Wolverine is one of Fortnite challenges in Chapter 2 Season 4 Week 6.  Then, you may wonder how to kill Wolverine in Fortnite easily. As we know that completing the Wolverine’s challenge from Week 1- Week 5 is really hard to do. Now, in Week 5, you should kill Wolverine to have a chance to unlock Wolverine’s skin.

How to Kill Wolverine Easily in Week 6 Challenge

To kill Wolverine, you are also allowed to use an assault rifle or maximum a sniper rifle. Well, the easiest and fastest way to kill him is to get on the top of a building and to ensure that he does not come near you as he is so smart. If you go on the top of a building, he will come on top of it. Once he destroys your building, he can also build it more. The more destroyed the more you have to make.

When you are on the top of a building, it can successfully and easily kill him by just shooting at him continuously. Keep shooting him with all of your bullets until you make sure that he is finally dead. 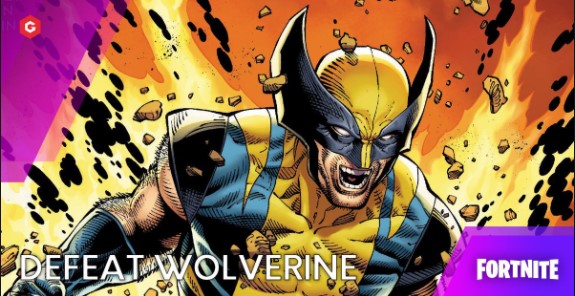 It is important to know when you try killing Wolverine, make sure that you are not near him. In this way, you can start jumping and dodging his attack straight away because each attack is quite powerful. It means that you need to be careful because Wolverine will kill you faster than you.

Generally, many Fortnite players are killed by Wolverine before he successfully kills him. After all, it can be a parameter that Wolverine is the strongest boss in Fortnite. So, to be able to kill him, at least you must have a great-fast technique.

Why should killing Wolverine be fast? It is because Wolverine runs very very fast, so if you do not against him first and fast, of course, it gives a chance for him to kill you faster. That’s why you should have a smart technique to kill him.

You may already know that Wolverine can be found at Weeping Woods. Moreover, this place is where he spawned. But,  there are a few places in Weepings Woods to find him. Then, once you are in Weeping Woods and hear his footsteps. So, in killing him, it is better for you to sneak around next to him. After you go next to him, Wolverine automatically will see you to start attacking you faster than you attack him. You may recognize that Wolverine runs really fast, so if you try building in front of him, it will not work at all. Of course, he will use his claw mark to destroy your building.

You also have to stay moving and shooting to kill him. Well, if you are a builder, you can try creating walls to block his path to give you a moment’s rest, but it does not be surprising if he manages to break them down easily by using his claw marks.

Last but not least, it is so important for you to ensure that you have completely killed Wolverine to complete Week 6 challenge.

What are the Wolverine’s Challenges in Week 1-5?

Claw Marks can be found in any location in Weepings Wood in the coordinate of C5, C6, D5 and D6 on the Fortnite map. At least, there are four mysterious claw marks of Wolverine that you need to investigate.

First claw mark can be found in the southeast section of Weeping Woods. You can find it in a trailer park. Second one is located just south of the first location of the claw mark. To find it, you have to go to a nearby bathroom building. You can find the claw marks on the stall. Third one is at the shack on a hill in the southern section of the POl. You can see it on the rock next to the shack. Last one can be found at the little pond towards the center of Weeping Woods. Then the claw marks can be seen on a rock.

The loading screen hides towards the front of the machine after you are inside Quinjet Patrol site. The monitor can be found in the upper right-hand corner when you enter from the cargo compartment.

The trophy can be found on a shelf in a small room inside the large shed. Then, all you need to do is to interact with the item to pick it up. Until the end of the game, you will wear the back bling. Once the challenge is over, the cosmetics will be automatically stored in your collection for good.

Week 4: Launch off all Sentinel Hands without touching the ground (1)

The location of Sentinels is towards the west of Lazy Lake, and falls near the border of coordinated E5 and E6.to ease you finding the Sentinel’s location, you absolutely can see it on the Fortnite map. Certainly, a Fortnite map will guide you to appear at any location of Fortnite island.