You maybe want to play casually in Fortnite. If so, you are able to try to play against bots. By playing with bots, they will help even out the playing field a bit for players who are new to the Fortnite. Do you know what bots are? Actually they are AI controlled players which sometimes will be added to your game. You do not have to be worried with these bots since they play at a very low skill level. They will give newer players an opportunity to be able to get some practice in the game without getting trounced initially. 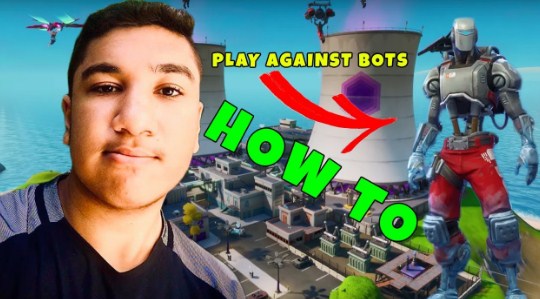 You may wonder why Fortnite adds bots. It is because they want to give the new players a chance at getting an elimination and practicing in a more real world scenario. There are Fortnite players who say that bots are not good. Developers state that bots are not able to use vehicles and they are not able to do 90s as of now. If you have played any games so far, you may have seen that the bots are not good at picking fights either. In a forum such as Reddit, there is a video of themselves finding a bot who saw a user and proceeded to farm materials rather than shoot their weapon. You maybe have not found and experienced to play against bot. Do you want to try? If you want to try to play against bots, you may wonder how to do that.

How to Play Against Bots in Fortnite?

To be able to play against bots in Fortnite, you have to play a bots-only match. You need to use the custom matchmaking feature to make a game that is only able to be joined by people using the right code. If there is no one using the code, there will be only one human player. It is important for you to know that this does not work 100% of the time because it is not an intended feature. However, in a normal solo game, the match will generally be filled in by bots.

If you play a bots-only game, it will not affect the stats of player, give any free Fortnite XP or count towards any wins. But, if you jump into a map with only bots will permit some players to be able to try out new ideas for tricks or hiding spots without having to worry to much about being found by human players.

So, if you are curious how to play against bots, you are able to try it.