Every Fortnite player cannot totally forget after Apple recently banned Fortnite from the App Store. Since its incident, almost all Fortnite players on Apple were getting disappointed with it. However, Apple’s decision has hurted the iPhone’s players.

Thankfully, you are coming to this page, dude! However, this post will guide you how to play Fortnite on iPhone even though Apple banned Fortnite from the App Store. Well, to get the detailed ways in order to play Fortnite back on iPhone, let’s see how to do it! 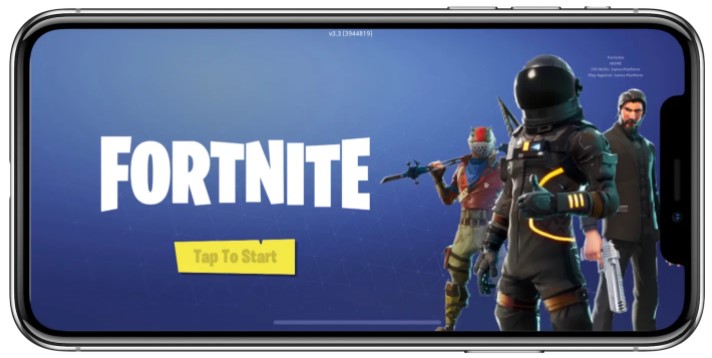 Playing Fortnite Back on iPhone After Ban from App Store, Is It Possible?

iPhone and iPad users are rumored to be able to play Fortnite online games again soon. This is thanks to the help from Nvidia. According to BBC, Nvidia has developed a cloud gaming service called GeForce Now which can run on the Safari mobile web. Even so, Apple will not get a commission from Fortnite items sold.

GeForce Now service expectedly to be announced later this month with support for Apple’s iOS. Both Epic Games, Apple and Nvidia declined to comment on the report.

We guarantee that you cannot manually download the Fortnite app from the App Store as usual. In fact, there are many iPhone users who have done this way, unfortunately they don’t get it as this game cannot longer be downloaded officially.

The alternative-greatest way in order to get the Fortnite app back to iPhone is by Family Sharing method. Here, you’re able to link your device with someone in your family. Once again, this way can only work if you have downloaded Fortnite previously, not the first time. If you have not, then set up a Family Sharing service to continue.

Here’s how to download Fortnite back on iPhone after it’s banned!

Congratulations! You already have the Fortnite app back on your iPhone and enjoy playing it again.

To note, this way can only work for people who have ever downloaded Fortnite before Apple finally banned Fortnite from the App Store. Here, we cannot guarantee that the ways we have listed above will work for anyone as it’s also depending on your devices.

Additionally, until now neither Epic Games or Apple has released a statement for when Fortnite will be back to the App Store. Based on the reports, the legal fight is well on and anything does not look well. Even though there’s not yet confirmation but now the iPhone users can try using the methods that we have explained above.

The ways here especially will work for those who are really ambitious to play Fortnite on iPhone. That’s because this way allows you to buy the iPhone with the Fortnite app installed within. If you’re interested, you surely can get it from some online markets, especially eBay.

On eBay, there are a lot of iPhones sold at varying prices which Fortnite has been installed within. So you just need to purchase it and then enjoy your game. The price of iPhones here are starting from $2,000 to $7,000, that’s such a fantastic price, isn’t it?

However, by purchasing the iPhone with Fortnite installed within may come with its share of risks. In this case, you definitely cannot guarantee that the phone is still reliable and worth using. If it’s actually broken but the seller does not tell you for it, of course, you should take a risk a lot.

The Progress of Issues Between Epic Games and Apple

Apple previously stated that it would allow Fortnite to return if Epic dropped its lawsuit and removed the illegal payment system that caused Fortnite to be removed from the App Store, now it seems they have lost their temper.

Removing Fortnite from the App Store had drastic consequences for the battle royale game. iOS’s Player Base has dropped significantly since the two companies’ feud began. If Fortnite’s ban on iOS continues until 2021, there will be many players who decide to leave the game.

Even though Epic looks like it’s really struggling, Fortnite isn’t really suffering. Currently the game continues to receive regular updates and content on consoles and PCs. Not a few players from iOS have also switched to PC or console.