Skip to content
Homepage / Guides / How to Speed Up Fortnite Install

Fortnite is the name of a world’s popular game that was released by Epic Games in 2017. This one is avaialble on many platforms such as PC, PS4, and iOS. Before you are able to play the game, you have to install it. if you are a user of PC, you may find it has slow install speed sometimes hand in mid-way. Do not worry, you are not alone. The good news is that there are a few methods to speed up Fortnite install.

There are six methods that have helped a lot of gamers solve their problems. You do not have to try them all, just work your way down the list until you find the one that works for you.

Since many technical issues are able to be fixed by restarting, it never hurts to restart yoru Wi-Fi router and even your computer. Sometimes it will be enough to solve the install speed slow problem. 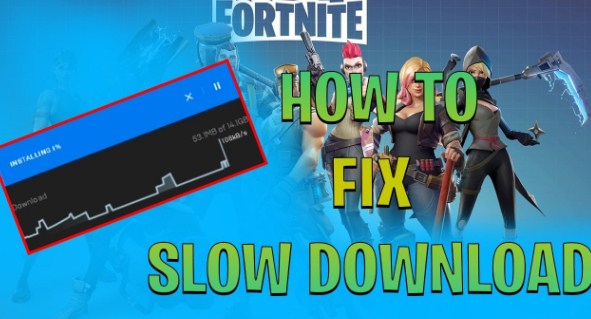 If the install speed is much slower than the speed that you expect from your plan, you need to first test your internet speed. Then, contact your internet service provider for the slow speed issue. If that is your internat plan, you need to consider upgrading your plan to have a faster internet. if not, it could be due to the unstable internet, you may change the Wi-Fi to wire connection. You can also use VPN to improve your install speed. The good one can lead you passing by the ISP to reduce the speed loss and avoid restrictions. On top of that, it can protect your privacy.

While you are installing, you need to turn off the bandwidth hogging programs in your computer. By doing so you are able to prevent some other applications or servers from eating up your internet, so you can have a faster install speed. Aside from that, you are also recommended to set your computer to notify you before installing any update.

An outdated or missing network driver can also lead to the install speed slow issue. You need to make sure your network driver is up to date. There are two methods you can update your driver. the first one is manually and the second one is automatically.

In some cases, slow speed install Fortnite is due to the improper IP configuration. If so, you need to renew the IP address in your computer.

DNS or Domain name System is the name of the tool that translate the domain names to IP addresses so that your browser is able to load internet resources. The thing called Google Public DNS provides you with a speed boost and increased security. You can try to change the DNS server in your PC to the Google Public DNS addresses to see if the issue can be resolved.