In this one, you are going to have to add graffiti to one of the steel bridges of Apollo Island, while wearing the colourful Cameo outfit. You do not worry about this challenge as the challenge look simple. The first thing that you have to know is the location of the steel bridges Fortnite. In previous Fortnite seasons, the players of Fortnite would need to obtain a certain amount of XP in order to unlock a new style for the Battle Pass skins. But, in this Fortnite Season, the players need to complete the Alter Ego challenges in order to unlock skin styles. 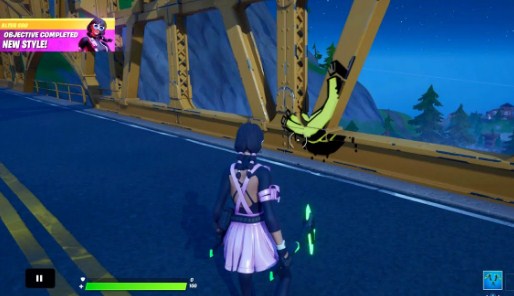 For your information, the Alter Ego mission each consist of three stages. The stages are requiring the players to reach a certain level in the Battle Pass followed by completing a certain amount of missions entirely. Finally, you are able to perform a certain action with the skin you want to unlock in-game.

THE LOCATIONS OF STEEL BRIDGE

Here is the location where you can find the steel bridges on the Fortnite map:

After you have completed this Alter Ego challenge, then you are going to receive the Chic Style for the Cameo Battle Pass skin.