Epic has cooperated with Twitch and Amazon Prime to create a series of exclusive packs which contain Twitch-themed skins, weapons, emotes and more. So far, there are two packs and Fortnite players now are waiting for the Pack 3. When will it be released? If it has been released, how to unlock it? 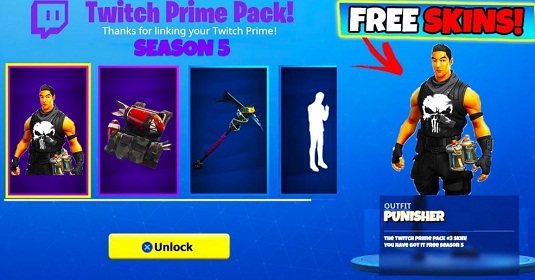 For you who do not know what are the contains of the Twitch Prime Pack previously, here they are.  In the Pack 1, there are:

For your information that Twitch Prime can be owned if you have an existing Amazon Prime membership. And as a part of Twitch Prime, you are able to unlock some free loot as a subscriber. You will have to create an account and pay for a subscription. Also, you will have to make a Twitch account if you do not have one. But, if you have both an Amazon Prime and Twitch account, it will be better for you. So, here we have some steps that you can follow to create a Twitch Prime account.