Base is a Constructor Class ability. It is a starting ability, the constructor deploys a large holographic cube in the environment. For your information, Base is an acronym for Basic Automated Sentient Edifice.

Based on the research, the Constructor class was made for the players who love to build in Fortnite. Constructors are able to build structures more quickly than the other classes. Aside from that, the constructors are going to spend less resources doing so. The Constructor class utilizes an ability named Base (Basic Automated Sentinel Edifice) which enhances the building environment. This ability deploys a device that makes a construction zone, and everything built within that zone is cheaper to build and has improved defenses. In this case, if you love to build strong fortresses in Fortnite, you are able to go with a Constructor class character. Every team is going to benefit from having at least on Constructor, especially at higher level missions where the strong forts are crucial. 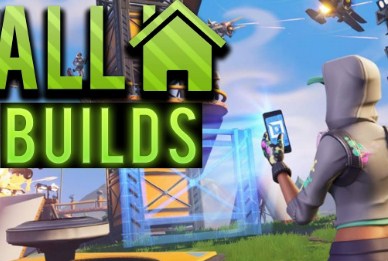 HOW TO USE BASE IN FORTNITE

You are able to use or place Base (Basic Automated Sentinel Edifice) like a trap, from the Floor tab on the Trap Wheel. Then, you are able to check your key binds how to access this, but on console, it is usually accessed by holding the trap placement button. You have to note that Base (Basic Automated Sentinel Edifice) can only be placed on a pre-existing floor structure.

When you are using your Base to reinforce an objective, you want to place it in a central position so that it reaches the maximum number of important structures, without significantly wasting range on a side where you do not need it. This may mean putting it on top of the objective, or slightly off to the side on the ground. You are able to replace your Base indefinitely so move it around if you are not content. When you are playing with multiple Constructors on one mission, the situation may ask for either of you to place a Base to reinforce several trap tunnels. Here the same concepts apply; try to maximize the useful range.

Well, the text above is some explanations about how to use Base in Fortnite and all the heroes and their perks which affect the effects and mechanics of Base. Now, we hope you have the knowledge to set up your Base to your own vision.