Last month, data-miners leaked that there would be a female Galaxy Fortnite skin coming to Fortnite Battle Royale. On the same day, early information about the Galaxy Cup leaked including a description, but there was no information as to how players could enter, or what devices would be eligible to participate.

A couple of days before the v13.30 Fortnite update, the Galaxy Scout skin was accidentally leaked due to the Samsung Health app adding a promotion for the Galaxy Cup which showcased the Galaxy Scout skin. Then, the developer of Fortnite called Epic Games released the official blog post announcing the event named Fortnite Galaxy Cup. The competition began on July 25, and ended on July 26. Here is everything that you have to know about the event. 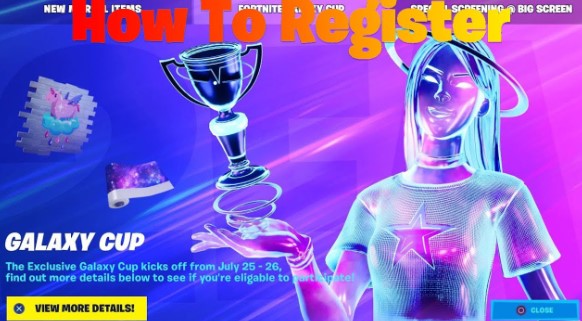 The Fortnite Galaxy Cup competition was open to all players of Android, as long as they are using a Fortnite supported device. In addition, all competitors would need to have 2FA or Two Factor Authentication enabled.

The Fortnite Galaxy Cup was such a welcome change in comparison to the OG Galaxy skin. Apparently, the original Galaxy skin was gifted only to those players on newer models of Samsung Galaxy devices. This time, each Android device capable of running the game is eligible.

The Galaxy Scout skin would be rewarded to the top performers of the Galaxy Cup. The Star Scout warp was awarded to anyone that participated in a minimum of five games, regardless of performance. The best ones determined daily by region and based on the following metrics:

There were two separate sessions: one on the 25th of July and one on the 26th. Every session was last for three hours, meaning players had multiple chances to win the Galaxy Scout skin.

Participants of Fortnite Galaxy Cup were awarded points based on the scoring system below:

Galaxy Cup competitors were allowed a maximum of 10 matches per session.

As stated before, the Galaxy Cup ran from July 25 to July 26. Participants had to clear their schedule for the three-hour sessions. The European players competed from 6 PM to 9 PM BST. The sessions of North America East were held from 5 PM to 8 PM EST.

If you want to know more details about the Fortnite Galaxy Cup, you can open up Fortnite and head to the Compete tab. Each player on eligible Android devices is able to see the Galaxy Cup tournament available in the tab. This tab will feature all the information needed.

If you missed the event and want to get the reward such as Galaxy Scout skin, you are able to unlock the new Galaxy set in due time. Epic Games stated that Galaxy Cup is just the chance to earn this set for free and before anyone else.