The Battle Royale mode of Fortnite is riddled with glitches that open up some interesting opportunities for players exploits. The thing may not have as many now as it did when it was released for the first time since Epic Games has been patching as many as they can as fast as they can. Here are some hacks in Fortnite.

One of the most popular hack is under the map glitch (Retail Row). There have been some locations in the game prior to the patch that allowed you to go under the map. Since then there was no other way to get underground. However, lately players have discovered the new method to get under the map and stay unnoticed to the other players. This kinds of hack is known as invisible hack Fortnite. 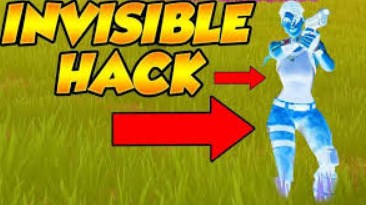 In order to be invisible in Fortnite, the first thing that you have to do is to go to the western edge of the Retail Row where the road goes down a bit. Then, build a ramp across the road and push the shopping cart underneath it. The next that you have to do is to approach it and the game will glitch sending you right under the map. In this way, you are able to shoot the other layers without them even knowing where the bullets came from.

Here is another Fortnite hack for all the players who are looking for the other ways to avoid getting detected and attacking the other players from the unexpected pinvolves. This one involves building a roof and getting inside it.

But how can it is possible if it has no entrance point? That is what the hack is about. All you have to do is to press the Edit butto and the roof will become transparent. Then, you will be allowed to get inside of it and use it as the perfect hiding spot. A lot of players are using the simple walls to protect themselves from the enemy fire, but this hack with the roof is much more efficient because it protects you from all sides instead of just one.

Upside down hack is one of the funniest in Season 6. This one will make your character walk upside down on the map. It is possible only in the Playground mode, so do not try it at any other mode, because it will simply not work there. For those who want your character to permanently get stuck in the weird position, then you have to drive an ATK vehicle alongside the cliff along the ocean shore.