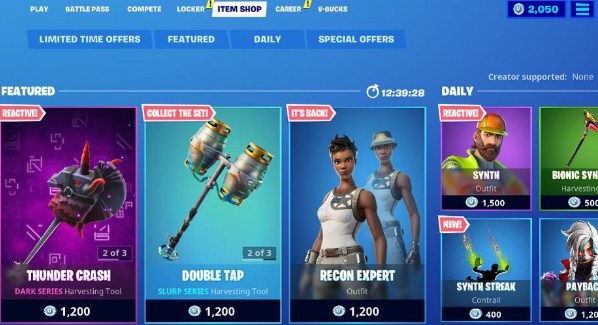 Is Recon Expert still rare? Recon Expert is not rare anymore. This one has returned to the Item Shop. After more than 900 days, the rarest skin of Fortnite has returned. The thing called Recon expert has finally reappeared in the Item Shop. The shop of Fortnite usually updates at night in the United States, but for some reason, Recon Expert was added as an early morning surprise at around 4 AM CT. This one costs 1,200 V-Bucks and even comes with a variant, which equips the skin with a hat.

Recon Expert was sold for the first time in October 2017, right after the battle royale mode for Fortnite initially released. The skin has not appeared in the Item shop since November 11, 2017, which was right before Fortnite exploded in popularity and player population.

Basically, only the true early adopters of the battle royale game would have had Recon Expert before today, making it one of the rarest skins in Fortnite. Now, do not be surprised to see a lot of Recon Experts running around.

Each rare skin is hunted down by avid Fortnite players and often seen as a point of pride. Some like Ghoul Trooper were highly sought after due to their rarity until Epic Games re-added it to the shop due to popular demand. It is such a smart strategy to sell V-Bucks, though, and it works well. For your information, the Item Shop of Fortnite is due to refresh tonight, so make sure to grab Recon Expert before it is gone from the store for another two and a half years.

In fact, Rare skins in Fortnite has been a controversial subject. All the players who have them in their inventory do not want them to return because they want the reward of being around in the beginning of the game (Ogs). As the contrary, the newer players want to get a chance to grab all the skins they like.

Actually, there is a good example. The developer of Fortnite known as Epic Games has made an interesting compromise for the skin named Skull Trooper. This one was a very rare skin and had not been in the store for a year. When it was brought back, the developer game OG owners of the skin style that will not be available for those who buy the new one. It is such a great method to reward older players, while not keeping popular skins away from people who just got into the game.