Skip to content
Homepage / Guides / Is There an Infinite XP Glitch in Fortnite?

Recently, there are many Fortnite players who ask about whether there is an Infinite XP Glitch in Fortnite or not. To get that answer, we suggest you read this entire article as here we are going to talk about that.

Is There an Infinite XP Glitch in Fortnite?

Yes, there is an infinite XP glitch in Fortnite. Most of these XP glitches are done in Creative mode, and the players are able to level up easily thanks to them. Usually, Epic Games release patches to get rid of them quickly.

Most of these XP glitches are shared on YouTube before they are gone and can give the players at least 100,000 XP in an hour. Earning XP with these methods is done on autopilot. After performing some quick actions, the players just sit back and earn XP passively.

The new Fortnite glitch allows the players to get hundreds of thousands of XP while being away. But it is crucial to note that XP gains vary from one player to another, but even in the worst-case scenario, the players are able to earn at least a level or two while being AFK. 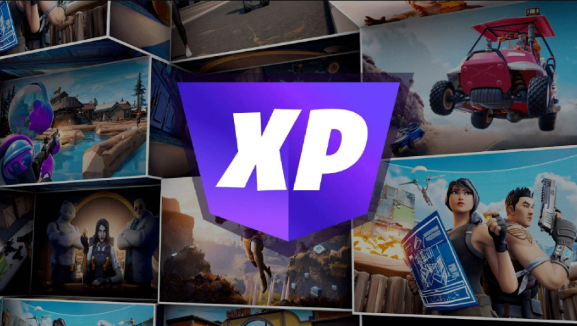 YouTuber GKI is popular for posting Fortnite XP glitches on his channel. The content creator discovers some new maps for infinity XP on a daily basis. Also, he makes some of these maps himself. The most recent Fortnite XP glitch he posted is about infinite XP which can be gained by playing a Creative map for only half a minute.

To obtain massive amounts of XP while being away, they have to join this map: 8851-1695-5746. After they find themselves on the map, they are going to interact with the big green button which can be found between Vending Machines. And it will teleport them to another area.

Make the Most of This XP Glitch by Eliminating Chickens

Apparently, the latest XP glitch is great for getting quick and passive XP. But the players are able to multiply it by playing the map. Miniguns become overheated after shooting for a few seconds, so the players only want to switch to another Minigun in their inventory once this occurs.

The best way to get more XP is to eliminate chickens which can be found in the second area. While there are lots of different ways to eliminate them, the most effective way is buying 5 Mythic Miniguns from the Vending Machine. Each eliminated chicken is going to reward the players with 5 Gold, and they are able to use it to purchase more XP. To do this, the players have to interact with one of the three buttons in the second room which sells XP for Gold. The middle button will offer the most XP per Gold, but the players have to try all of them out and see which one works the best for them.

The first Fortnite XP glitch map code is 9672-7168-4007. To get XP using this XP glitch, you have to enter a private game for this XP glitch map. Need to know, inside the map, you are going to see blue arrows on the ground, one of which points you to a blue wall. The wall can be walked through, and you have to do so. In the room, you are going to see a phone booth next to the “rate this map” item. You have to climb up onto the phone booth, by using the item if necessary. Then, you are able to mantle up onto what appears to be an invisible floor. In the corner above the “Shop” sign, you have to do an emote. Afterwards, you are going to be transported into a secret room with only one button to interact with. Doing that will begin the XP earning process, which is potentially up to 100K XP in only 10 seconds.