Battle Breakers is known as a new tactical role playing game developed by the same one as Fortnite’s called Epic Games. It is available on mobile and PC. In the game, there is a kingdom. In the past, the kingdom was safe and sound when monsters from space attacked suddently without warning, smashing deep into the ground they trapped the world, and its heroes, in technomagic crystal. Now the decision is in your hand whether to assemble the ultimate team of super warriors and take back your planet, one break at a time. In order to defeat the monsters that have infested every corner of the kingdom, you need to create a team of ninjas, mages, robots and dinosaurs, from ice sheets and lava fields to ancient forests and sheer mountains. You can be a master of the elements and have tsunamis, earthquakes and firestorms at your command. Aside from that, you can also build, fortify, and upgrade the ancient Sky Tower to strengthen your citizens and reinforce your defenses. 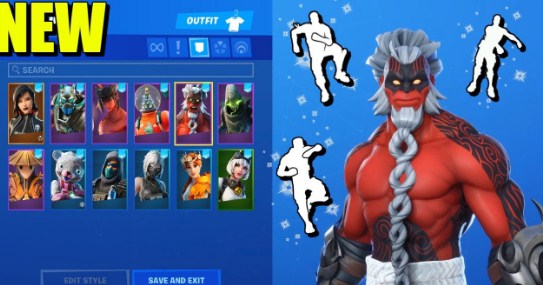 Battle Breakers gives shades of Pokemon games, where you build your squad and face challengers in an arena to progress. This one is quite fun for a mobile game, but it is not that close to as popular as Fortnite. Fortnite is named as the biggest game in the world as well as a promotional juggernaut for any other title under the Epic Games house. At this point, it would be weird to not mention Fortnite when promoting the other games of Epic Games.

If you want to unlock the Kurohomura, all that you need to do is to log intop Battle Breakers with the same Epic Games account that is linked to Fortnite. Once you reach level 50, you will unlock Kurohomura in Fortnite Save the World. The release of this skin in the Fortnite Save the World should be a preview for its eventual inclusion in Fortnite Battle Royale. The same thing happened with Razor when Epic Games gave it away for Fortnite Save the World players. Aside from that, data miners also found files for this skin a while back. You are able to expect the character to enter the Item Shop as an uncommon or rare skin. There is a possibility of Epic Games to keep these crossover skins cheap as a promotional tactics.