With the rise of the popularity that the game called Fortnite Battle Royale has seen in the past year, a lot of players have took on the challenge of breaking records for various feats in the well-known title. One of the most popular individuals is called Mongraal.

Mongraal is the online name of the Kyle Jackson, a British eSports teen who mainly okays the game called Fortnite. He was born on August 13, 2004 (age 15). The boy is known for his plays and aggressiveness in the game. a lot of people look him up due to him playing very well at a young age. At the age of 13, he had found success and was featured in BBC News. In the past, Kyle was a player for Team Secret (joined in April 2018), but the player decided to leave the clan on July 7, 2019 to join FaZe Clan. 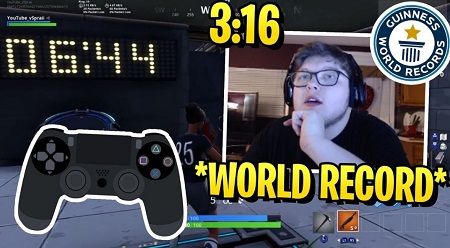 Mongraal was interviewed by British Broadcasting Corporation or BBC in April 2018 as he was the #1 British Fortnite Player and the Youngest Competitive Fortnite Player. He had mentioned that he had played games his entire life, and started playing more professionally at the age of 9, when the player was playing Halo and Call of Duty. When being asked about the school work, he responded saying that he has time to study, and is doing well at all subjects in school, and his parents do not have any worry in him playing a lot.

As one of the most successful players, a lot of people look up to him a lot. Just like most of content creators on Youtube that made maps for the community to use for practice or challenges, Mongraal created his own building or editing course. Aside from that, the server also used for a $ 500 giveaway to the person who are able to finish the edit course of Mongraal the fastest. Currently, the one who has finished the edit course of Mongraal the fastest is Pxlarized with the time of 2 minutes and 26 seconds. If you are interested in challenging yourself, you are able to try the edit course of Mongraal and see if you are capable enough to eat it. Please follow his official social media accounts for more information about everything related to the player called Mongraal.