In Fortnite, rarity is a classification of weapons, traps, survivors and heroes and it depends on how powerful and rare they are in the game. But, for cosmetics, rarity can represent their uniqueness and creativity put into them. Also, it can represent the series that they are included in. There are some types of rarity in Fortnite and each rarity has its color. The rarity in Fortnite includes Handmade (White), Common (Grey), Uncommon (Green), Rare (Blue), Epic (Purple), Legendary (Orange), Mythic (Gold), Marvel Series (Dark Red), Dark Series (Magenta), Transcendent (Light Red), DC Series (Grey blue), Icon Series (Cyan), Frozen Series (Light Blue), Lava Series (Dark Orange), Star Wars Series (Dark Blue and Yellow), Shadow Series (Black), and Slurp Series (Dark Cyan). 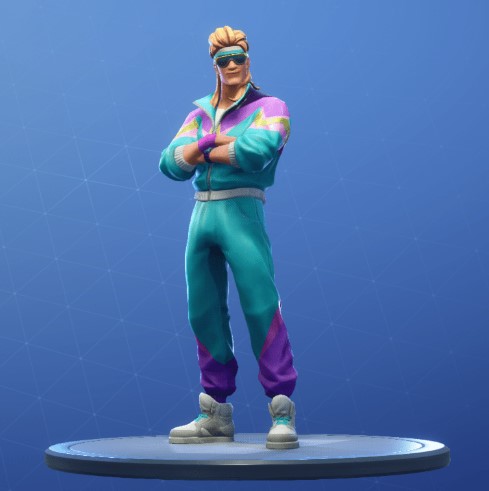 It is important for you to know that rarity for cosmetics does not matter because it does not give any competitive advantage even though several skins permit you to be able to blend in with the environment.

What Is The Rarity of Mullet Marauder Skin in Fortnite?

There are a lot of other skins in Fortnite which are categorized into an Epic skin. Some of them are Abstrakt, Aerobic Assassin, Alpine Ace, Archetype, Bandolier, Battlehawk, Beef Boss, Beastmode, Blitz, Blue Striker, and many more.

Mullet Marauder was released in Fortnite on August 12th, 2018. This skin costs 1,500 V-Bucks and you are able to buy this skin when it is listed in the Item Shop. This skin is a male skin and it has a retro style which can make you feel in 80s.

This skin wears a retro-styled blue and purple gym jacket. This skin also has a blonde long hair with a mustache. This skin also wears a sunglasses which is big. If you buy this skin, you will automatically get a Boombox back bling.

This skin is from Spandex Squad set and the other cosmetics in this set besides this skin are Aerobic Assassin skin, Windbreaker glider, Axercise harvesting tool, Boombox back bling, and Back Plate back bling.