Neon Wings is the name of an Epic Fortnite Back Bling. It was able to be obtained freely in the event called the Party Royale Premier. Here is the cosmetic information of Neon Wings:

As stated before, Neon Wings is the back bling that was able to be obtained freely in the event called the Party Royale Premier, meaning the players could unlock the free, gifted Neon Wings from Epic Games by logging into the Fortnite Party Royale mode and went to the Main Stage POI on the East Coast side of the island. 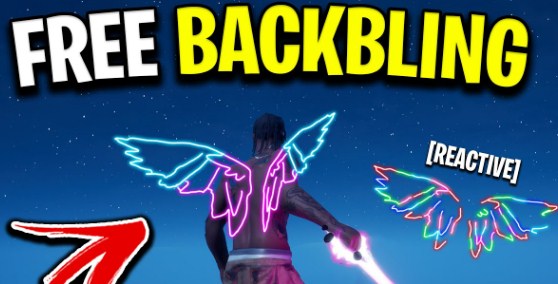 Fortnite Party Royale gathered the players into the the lobby of Party Royale and went to the main stage area in order to watch a message from actor as well as a fan of Fortnite named Jordan Fisher. Then, the popular singer-songwriter Diplo took the virtual stage for about 20 minutes to play some songs. When the event finished, each player who attended the show was given the Neon Wings Back Bling for their participation.

For those who missed the Fortnite Party Royale before, there is a good news for you. This one continues with another virtual concert this Friday. On May 8 at 9 p.m. EDT , Steve Aoki, Dillon Francis and deadmau5 take the Main Stage to bring their own blend of EDM goodness to the game. all the artists will take part in back-to-back sets, which suggests there will be quite a lot of dancing to look forward to to kick off this weekend.

For the true fans of Fortnite, though, there is an additional treat in store beyond jamming out to some sweet, sweet music. It does not matter whether you get to see the set or not, any Fortnite player who logs into the game between May 8 at 6 p.m. EDT and May 11 at 10 a.m. EDT will get the Neon Wings Back Bling for free. As mentioned above, this amazing, music sensitive Back Bling was surfaced by leakers some time ago, and the Fortnite faithful have long been wondering when it might be used. When Major Lazer surprise carries on without any mention of Neon Wings, the mystery compounded. Thanks to Steve Aoki and his friends, all questions have now been answered.

This upcoming Party Royale concert will be the second event to be featured on the Main Stage over the past two weeks. It is not clear what songs this week’s performers will play, but you can imagine the event will manage to turn more than a few heads nonetheless.

The event named Party Royale is a new freeform game mode added to Fortnite in update 12.50 last week. This one is officially described as a new experimental and evolving space where you can leave your weapons and mats behind. Currently, this event seems to be the premier spot for virtual raves during a pandemic. Will you join the event later?