There’s the good news for PC and PS5 users after the release of the v15.10 Fortnite patch. This new-latest Fortnite’s update really brings the new-great feature for the PS5 and PC’s players. Even though the update is not really giving a lot of features, we think that Epic Games really pay attention to the smallest thing at all.

While the players are still waiting for the Fortnite Operation Snowdown Christmas event to begin, Epic Games suddenly released the new update on Tuesday. Since its release, Epic Games admitted to being flooded with comments about the Christmas event than the release of this new patch.

Therefore, knowing what Epic Games has added to Fortnite through the 1.008 patch notes is still a must for you. Let’s find out below! 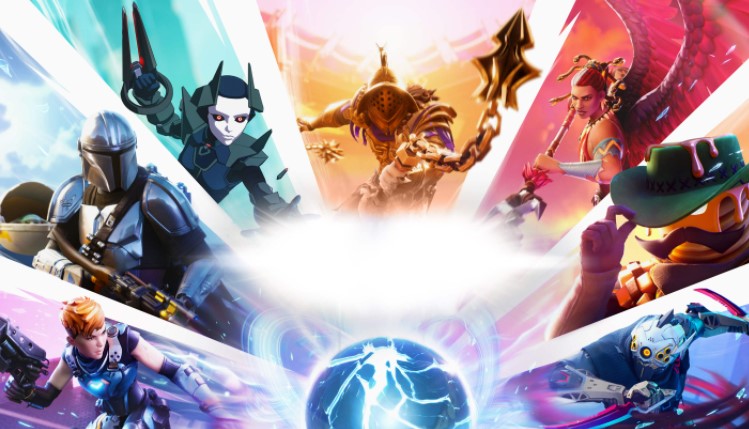 What Did Epic Games Add to Fortnite with New Patch Notes?

Epic Games specifically released the new patch notes especially for PC and PS5 console. As released for two platforms, of course there will be different features for each. Showing for each feature of the new-latest patch notes will be listed below!

For PC users, they will have benefits from the new Fortnite update. They will have any benefits of upgrading their components to maximize their PC’s performance. Unfortunately, the console’s users do not have this feature.

Unlike on PC in which the new patch notes is just to address the stability issues, while for PS5, the 1.008 patch notes absolutely offer a meaningful effect on this latest PlayStation generation. Epic Games finally released a maintenance patch for PS5 in the outputting at 1080 pixel instead of 4k when it’s not in 120 FPS mode for the players who are using certain displays.

With the release of this new patch, the PS5 users are allowed to use the 120 FPS mode option to appear in Fortnite. But, to make it appear in the PS5’s settings, they have to enable the Performance Mode in their console’s settings. To access it, you can go to Save Data and Game/App Settings, and then choose Game Presets continue by choosing the Performance Mode.

While for the players who prefer 4K over 120 FPS, they shouldn’t enable the Performance Mode in their console’s settings. So they cannot get the 120 FPS feature.

More recently, Epic Games also explained for a detailed of new features from the 1.008 patch notes. In this chance, Epic Games allows the users of PS5 and Xbox Series X to experience more gorgeous features to have unforgettable experiences. They also confirmed that the 120 FPS feature has been added to both Fortnite modes, Battle Royale and Creative Modes.

Moreover, the Fortnite players who are using the next generation console really will have a chance to get an additional feature in Fortnite video settings. As we have mentioned above, they can toggle the 120 FPS mode to continuously maintain this frame rate. However, Epic Games has optimized the output of quality down to 1440p. Moreover, the frame rate is an important factor which can affect the players’ gameplay in connection-intensive games like Fortnite. However, having a reliable frame rate will allow the players to always be a step ahead of their enemies.

In fact, the PS5 players will need the display support which can allow smooth 120 FPS transitions. From this update, we think that playing Fortnite on PS5 as the next-gen consoles will be a superb benefit for both usual and competitive players.

Before the 1.008 patch notes released, Epic Games has optimized the shadow settings, streaming distance and also postprocessing appropriately for both PS5 and Xbox Series X|S. To utilize the gorgeous feature coming from this new Fortnite patch notes, we recommend the Xbox Series X|S to play Fortnite in the 120 FPS mode on 1080 resolution.

Along with the PS5 users, the Xbox users need to manually change the display settings to enjoyable playing Fortnite at 120 FPS. Of course, it’s such an innovative new change which was followed by pre-edits being disabled from the game.

Simultaneously, there are many Fortnite fans who reacted for two new changes and they followed up with Fortnite gameplay on a video clip displaying how the 120 FPS is applied in the game.

Without realizing, this significant deed by Epic Games potentially united the PC and console communities to discuss for this Fortnite’s new update. Unfortunately, some PC’s players complain that how aim-assist and the 120 FPS mode of the 1.008 patch notes will give the console’s players more benefits than PC users.

How Much Memory Will Be Taken?

The new-latest Fortnite update will take the file size about 542 MB. On PC, the downloading size may vary depending on the operating system that you use. To know more, you can check it from Epic Games Store as you can now download the new Fortnite update on PS5 and also PC. To note, the new-latest 1.008 patch notes is not available for other gaming platforms due to this new patch notes is only for PC and PS5.

Well, those are the detailed information related to 1.008 patch notes. From here, we hope that you already understand deeply about the latest Fortnite update for PC and PS5. Well, you can now update your game to have all changes and maintenance.