A lot of things happen in Fortnite and you may have heard about Ninja and Highdistortion Race to reach 100,000 Fortnite kills. How is the complete story about it and how is the winner? Let’s read about it in the next paragraphs of this article.

Have you heard about Tyler ‘Ninja’ Blevins and Jimmy ‘HighDistortion’ Moreno? They are popular streamers and locked in an intense battle to see which player will be able to reach 100,000 kills in Fortnite first. The one who will be able to hit the 100,000 kill mark will be the first player in Fortnite history to complete such as feat since the release of the game in September 2017. Although the race is neck and neck on Thursday, January 10th, 2019, HighDistortion has been predicted to be able to win the battle because of the number of matches played per-day compared to Ninja. 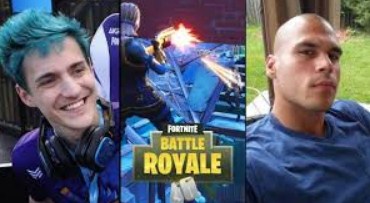 Ninja averages more kills per day and HighDistortion plays on overage double the matches in a day which results in a higher kill per day stat. On January 11, 2019, HighDistortion leads the race with 97,377 kills while Ninja sits at 97,296. At that time, certain predictions have been made regarding who will be able to reach the goal first. However, variables can change quickly such as playtime and kills per game. So, it makes it incredibly hard to guess who will win the race.

At that time, the pair were split by less than 100 kills. With more games which are played by Ninja, maybe it is not surprising that HighDistortion would be sitting very slightly ahead. Even though it’s testament to the ability of Ninja that the race would be so close. However, the streamer announced that he would be sitting out the rest of the race to allow HighDistortion to be able to reach 100,000 eliminations first. In his tweet, Ninja stated that he was taking a break and giving up on the race to 100k . At that time, in the FortniteTracker, it shows that HighDistortion has widened the gap significantly with 98,533 kills to closest competitor and it would seem that the victory of HighDistortion is all but guaranteed.

The race to 100,000 is just a fan made milestone since we realize that there is no prize on offer but it is just a sense of pride. Nevertheless, it is very possible that Epic Games will be able to make some sort of in-game reference to the feat. The decision of Ninja to abandon the race may come down to the fact that he already a major Fortnite milestone under his belt. One year before, the streamer was the first Fortnite player to be able to secure 5,000 victory royales, securing a mind-boggling 37% win-rate along the way.

So, according to the Comic Book site, HighDistortion beats Ninja in Race to be the first player with 100,000 kills. On Ninja’s twitter account, he congratulated his competitor on the impressive achievement, along with many others. HighDistortion also tweeted that 100k elims might not be nothing for some people but for him, this is an accumulation of everything that he has grinded for between his 1st kill all the way 100k. In addition, he also says thanks to Epic Games and his fans as well.