As a Fortnite player, you probably know Richard Tyler Blevins or known as Ninja. He is an American Youtuber, Mixer streamer, a former Twitch streamer and also a professional  eSports Gamer. He is also popular for playing and streaming Fortnite: Battle Royale. If talk about Ninja, you may know about headbands that he uses. Do you want to buy it? Where can we buy it?

Currently, you are able to buy the Official Game Play Headband of Ninja on Walmart. This headband was created by energy drink giant Red Bull in collaboration with Blevins and now it has been launched exclusively on Walmart website. The headband has a slim-line design and stretchy and it costs ar $22. For your information, Blevins signed an overall deal with the digitally savvy beverage brand on June 2019 and he also has worn the same piece frequently at various appearance and in promotional materials ever since. 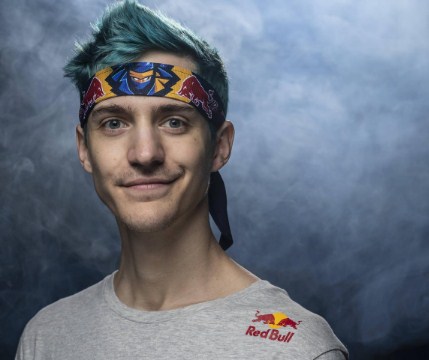 There is a note from Red Bull that this is its first direct-to-consumer collab with a major US retailer even though it is not the first product which is launched in collaboration with Ninja technically. In March, Red Bull also unveiled cans bearing Blevins’ face which is limited edition. Blevins also has released a line of ugly Christmas sweaters in collaboration wity UglyChristmasSweater.com.

Here are the details of Ninja Headband.

So, what are you waiting for? If you think that this headband is very cool and even now the price is lower than before on Walmart, you are able to grab it now.

For your information, Blevins or known as Ninja was previously known because of livestreaming himself playing Halo, H1Z1 and Player Unknown Battlegrounds (PUBG). These games are played  before he plays Fortnite along with playing Blackout, Realm Royale, Sea of Thieves and Apex Legends alongside his Fortnite journey. He is also the most followed streamer on Twitch which has more than 14 million followers and 470 million views even though he do not streams on that platform anymore. His Youtube channel now has more than 22.3 million subscribers and his videos has been watched more than 1.9 billion times.