The first one is Baller Pinball. This one is another baller creative map. Instead of controlling the flippers to make the ball move, in this game, you instead are the ball. It is supposed to be played with other players. There is a built-in point system added to this map. The first player to reach 100 points is the winner of the game. Fortnite user called Hooshen has created this baller pinball creative map. The map code of this is 4839-3829-8414

The second one is Human Pinball. This one was created by the cretaor named LordSpinKingham. In this map, skill does not apply. You can let the fates decide. The island code of it that you need to enter is 1877-3305-4241.

The third option of Fortnite pinball map code is called Pinball. This one was created by the creator known as HellRaiseGaming. In the map, you either collect or kill. If you want to try it, the map code is 6262-0704-7171. 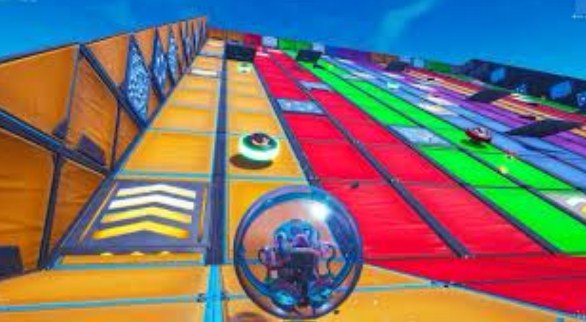 This one was made by TBAsxooop. The players of Fortnite love a wonderful deathrun with maps like Cizzorz deathrun taking the whole community by storm. With the introduction of The Baller in the game, some creators of creative map began combing the popular deathrun genre with the new vehicle. The map code of it is 5950-7150-3094.

This one features a lot of obstacles you have to overcome by utilizing your baller skills. The map code of it is 6026-1594-3331.

This one is filled with different courses, minigames, and obstacles. The map features a lot of different genres in a single map, all built around the Baller vehicle. Here you will be able to see music creation, basketball, baller race, king of the hill, deathrun, and so on. The creator of the map is MallouMArio64.  The map code is 9799-4474-1331.

In Baller Sling Shot, you can swing your way through the obstacle course designed for the baller vehicle. There are some palm trees and the other structures floating in the air and are blocking your way on the ground. The map was made by TheBiffleWiffle. The code of it is 9686-5912-1405.