Playing Fortnite as a guest is possible now with the ability to split screen. The developer of Fortnite called Epic Games has brought back Fortnite Split Screen on PS4 and Xbox One. This new feature can allow you to play some couch with a friend who is in real life with you.

To make the split screen work, you need a second controller, so make sure you bring one or your friend has one for the system. Aside from that, the additional profile on the system for you to choose so you will appear as a different player in the game. Fortunately, the profile does not necessarily need to have an account of Epic Games, but if you want to access your specific controller setting, you will either need to login or enter them all in. 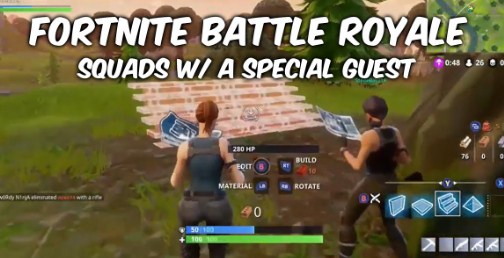 When you are logged as the second player, you are able to takeover the screen and access the skins and everything else that is on that second account. In order to do this, you need to press and hold the A-Button for Xbox or the X-Button for PS4 and the second player will then be in control. In addition, you are able to swap it back by pressing and holding that button on the controller of the first player. Anyone who is in control of the screen is able to hit ready up, and it will ready all of the local players.

For more information about playing Fortnite as a guest, please visit the official website of Epic Games. Aside from that, it is better for you to join the community of Fortnite and discuss about split screen feature with the members.