As a Fortnite fan and keep following any news updates, you may find the top 10 competitive Fortnite players for all time. Of course, knowing the best-competitive player in Fortnite is such a must-thing when you still get in touch with Fortnite. Why?

Well, recognizing and noticing deeply for competitive Fortnite players will boost your skill to be part of them even if it’s so far as you think. But at least you can imitate their keybinds, settings and the gears that they use in the competition. Besides, you can also apply their gameplay on yours.

Let’s check more information about them below! 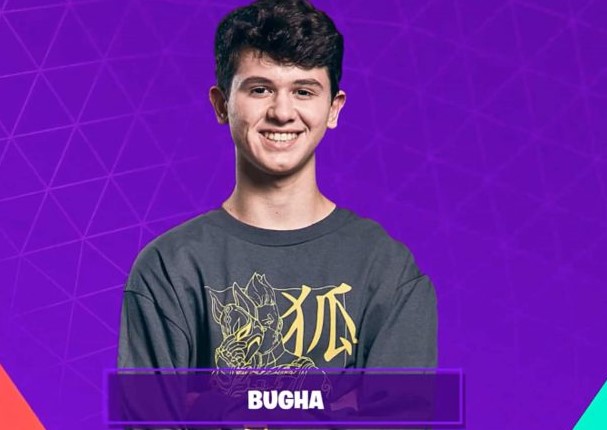 The name Kyle Giersdorf suddenly became famous. A 16 year old boy who goes by the pseudonym Bugha in the online gaming world has just won the Fornite World Cup.

Kyle Giersdorf managed to become the champion by beating the 100 best gamers in the game Fortnite. He is successfully making the grand prize of US $ 3 million. At a young age, he actually became a millionaire.

Being a professional gamer has become Bugha’s passion. His success was achieved through his hard work. Kyle Giersdorf spends hours playing games every day. Glenn, Kyle Giersdorf’s father, said he and his wife gave their son permission to play the games as long as they did not disturb his school.

With NBC’s Interview, Kyle Giersdorf said he has a weekend routine. He’ll wake up during the day and eat a banana and play Fortnite Creative Mode for 30 minutes to warm up. Afterwards, Bugha will summon his teammates, Sentinels to train together. 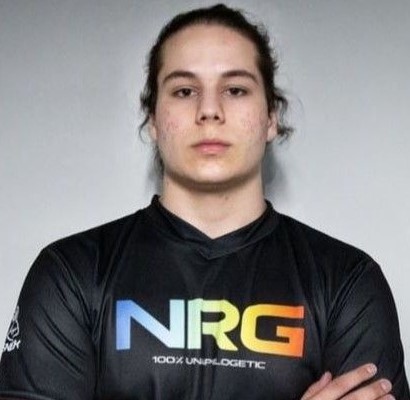 From day one, Williams Zayt Aubin has been a household name in the competitive Fortnite community. Currently competing under the NRG Esports banner, Zayt has proven to be a consistent player in his career. Its Fortnite competitive advantages include Summer Skirmish win, Katowice Royale 2019 win and NA West Scallywag Cup victory. Zayt finished all of these wins with the one-day duo, Ghost Saf.

Zayt qualified for the double qualifiers for the Fortnite World Cup. He and Saf finished in first place when the four-week duo qualifier ended. He then qualified as a solo the following week and reached the highest possible level towards the World Cup.

With twenty-two eliminations and a Victory Royale, the old duo pair played amazingly. The two managed a placement average of 11.33 over their six matches and finished fourth overall. Fourth place went to Zayt and Saf for $ 1.5M USD overall. 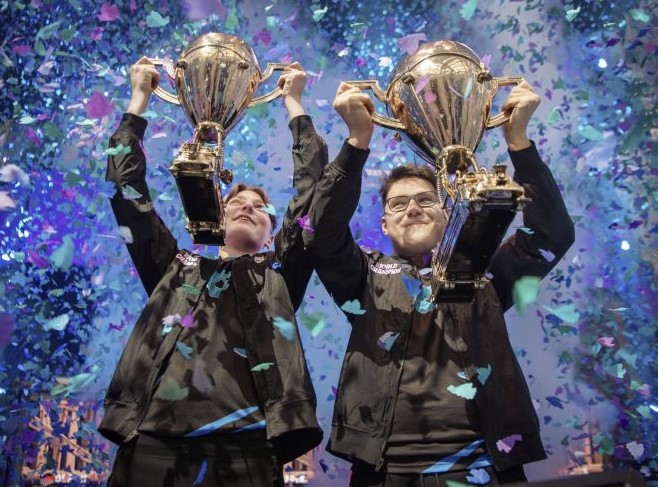 David “Aqua” Wang represents Cooler Esport and originally from Austria. Fortnite’s World Cup qualifiers provided the stage where aqua was making a name for itself. He qualified with Nyhrox for duo competitions, and also managed solo qualifications for herself.

Aqua is another top Fortnite player who will compete in both competitions at the World Cup. New York City provides the perfect setting for aqua to carve itself in competitive gaming history. Aqua first competed in a duo competition with Nyhrox, the former Cooler member at the World Cup.

Their last match resulted in an eighth-place finish with six eliminations, and this was enough to secure first place overall in the duo competition. After all, that’s a stunning performance from aqua and Nyhrox as they have finished four points ahead of second place. The two received $ 3M USD in prize money and achieved a competitive advantage in Fortnite. 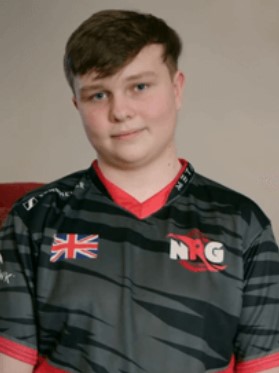 Competing under the banner of NRG Esports, the young European player stormed the scene. His consistent placement in early 2019 brings attention to Benjy’s talent. He and his longtime duo partner MrSavage are some of the best Fortnite Esports has to offer.

The European Gauntlet, Scallywag Cup, Blackheart Cup and Luxe Cup are all successful endeavors for Benjyfishy. He saw a placement as high as sixth. Benjyfishy even reached eighth place in the NA East Blackheart Cup. Benjyfishy marches into the Fortnite World Cup qualifiers with a lot more to prove.

He definitely qualifies for the duo competition with MrSavage and qualifies as a solo competitor as well. This adds Benjyfishy to the famous group players who will compete in solos and duos. As the Fortnite World Cup approached, Benjy fishy’s name received a lot of recognition. 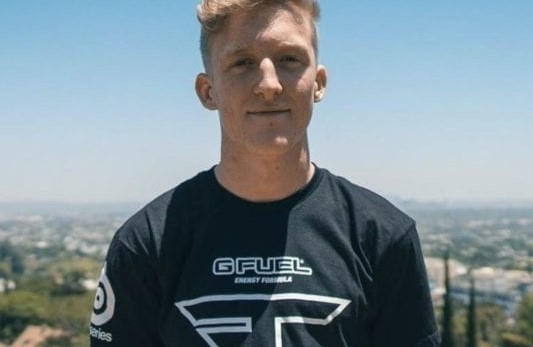 Turner “Tfue” Tenney has been involved in Fortnite from the very beginning of the game’s life. His confession springs from the start of the Friday Fortnite competition. He competed alongside his old duo partner, Dennis “Cloak” Lepore. The two of them seemed unstoppable at times and proudly represented the FaZe Clan organization at that time. A path to esports supremacy stretches out for Tfue.

All eyes are on Tfue heading to the Fortnite World Cup. He qualifies as just a solo and thus needs to do all his damage in that format. Unfortunately, Tfue didn’t achieve the desired results. He only managed to get a total of seven points in the entire competition. This places him seventy-seven and brings in $ 50K USD in prize money. Tfue remains one of the best in the world despite these results. Her career earnings to date exceed $ 500K USD with much more to come. 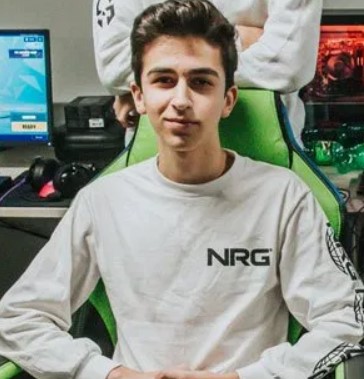 Not many are too familiar with EpikWhale, but it does stand out among the best Fortnite players in the world. Competing for NRG Esports, EpikWhale has some of the best mechanics of any Fortnite player out there. His track record includes twelfth place finishing the NA West Scallywag Cup which led to World Cup qualification. The qualification proved a success for EpikWhale, which opened the door to the biggest opportunity, the World Championship.

With few qualifying spots open for NA West, EpikWhale beat the odds by double qualifying. He placed first in week three of the World Cup solo qualifier, and second in this week’s ten duo qualifier with 4DRStorm. Like many other great players, EpikWhale is well prepared for the greatest Fortnite tournament of all time. He ended up turning this opportunity into one of the best overall appearances at the World Cup. 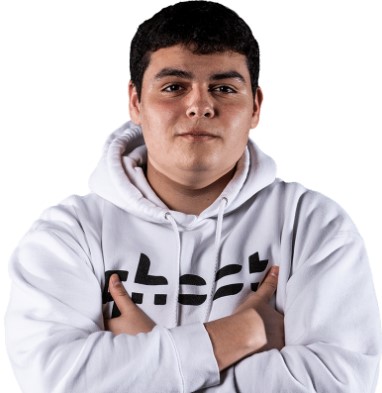 Rocco “Saf” Morales has collected first place finishes in Summer Skirmish 2018, Secret Skirmish 2019, Katowice Royale 2019 and NA West Scallywag Cup. At this point, Saf’s career is a model only all professional players can emulate. Most of Saf’s career has been spent competing alongside his partner, Zayt of NRG Esports. The two are a classic duo in professional Fortnite.

The Fortnite World Cup is Saf’s ultimate opportunity to prove himself on the big stage. He and Zayt qualified in the fourth week of qualifying for the NA East World Cup. He almost missed the doubles qualifier, but would end up competing alongside friends and duos. The World Cup proved to be a successful venture for Saf. He and Zayt achieved a level of consistency that saw them hide on the leaderboards throughout the duo competition. 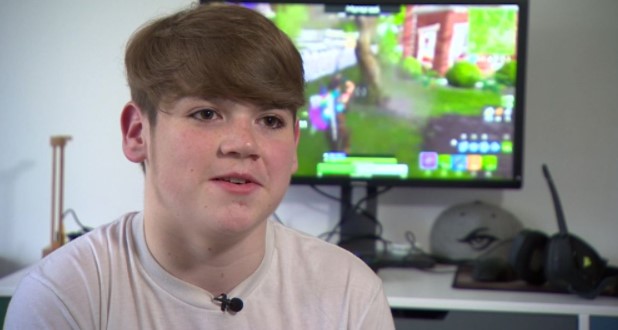 Kyle “Mongraal” Jackson definitely rose through the seemingly overnight Fortnite ranks. By the age of fifteen, Mongraal had accomplished quite a bit in his professional Fortnite career. He made a name for himself in 2018 while competing in the Keemstar Friday Fortnite tournament. Being a European player, many have difficulty placing him among the best because competition in Europe is different from North America.

The year of 2019 marks Mongraal’s rise to superstardom in competitive Fortnite. Together with the duo partner, mitr0, Mongraal took first place in the European Luxe Cup. The duo then went on to place third in the Fortnite World Cup Warmup. From there, Mongraal rose to elite status after becoming a double qualifier for the Fortnite World Cup. He and mitr0 qualified in week two of the duo qualifiers, and Mongraal secured himself ninth place in week nine.

The FaZe clan finally chose Mongraal to be part of their Fortnite team. The Fortnite World Cup allowed Mongraal to showcase his abilities in front of hundreds of thousands of spectators. with partner mitr0 in the duos competition, he has finished in sixth place. With twenty-five eliminations and no worse than twenty-seven, the European duo proved their skills. The two of them go with $ 450K USD to split. 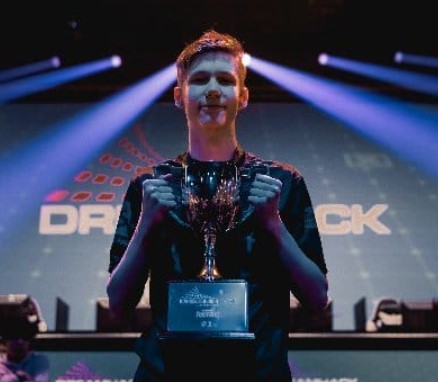 Reflecting the careers of duo partner Benjyfishy, MrSavage is a European player with much success in competitive Fortnite. He has won most of the duo tournaments with the aforementioned Benjyfishy under the control of NRG Esports. MrSavage’s Fortnite career highlights include his first two positions in the World Cup Warm-up and a World Cup qualifier. The chemistry and teamwork developed by MrSavage and Benjyfishy were key to their victory. MrSavage successfully qualified to compete in duos and solo in New York City.

The Fortnite World Cup provided MrSavage with the opportunity to showcase his skills to over a hundred thousand spectators. He was once again partnered with Benjyfishy, and the two did quite well in the World Cup duo competition. For seventeen eliminations, the dynamic duo took fourteenth place overall to earn $ 100K USD between the two. This continues the trend of the two Euros competing at the highest level, and against the best talent.

MrSavage played in a solo tournament the following day. Although the results weren’t as impressive as the first day, Norweigan did get six eliminations over six matches, ultimately putting him at twenty-nine. MrSavage pocketed $ 50K USD on top of what was won in the duo. His skills are clear and he navigates the end game as well as other top players. MrSavage is without a doubt a player with an impressive number of tricks. 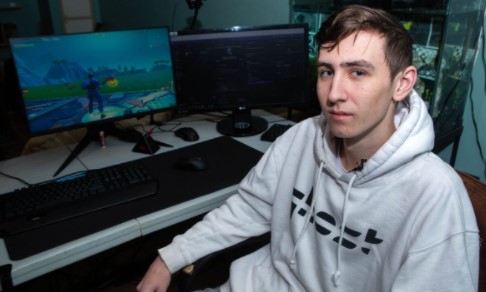 Timothy  “Bizzle” Miller got involved in the Fortnite competition at the start. To date, he has been one of the most consistent players on LAN and online. In both duos and solos, Bizzle had a lot of second place finishes along with a few first place finishes. The history of this tournament includes a solo win at Secret Skirmish 2019.

For the Fortnite World Cup, Bizzle only qualified as a solo. Bizzle’s history of success enforces the belief that he can win very well. It wasn’t the tournament Bizzle had hoped for by finishing twenty-third.

His Fortnite World Cup run resulted in a total of nine eliminations and one top-five. Twenty-three isn’t bad all things considered. Bizzle definitely has higher hopes for himself. Despite this, many of the best players in the world only managed a point or two over six games. Bizzle remains one of the best players in all of Fortnite purely from his experience and consistent placement in high-level tournaments.

In  his career income, Bizzle still remains near the top. His twenty-third finish won him $ 50K USD. This adds to his total career earnings, which currently sits at $ 600K USD. Bizzle is one of those players who always lurk in big tournaments. Expect to see more of this as competitive Fortnite keeps changing.