A lot of umbrellas or gliders are now unobtainable in the game called Fortnite, meaning that if you were not around when they were first released, you have probably missed your chance to get them forever.

For those who have any of the umbrellas or gliders sat around in your inventory, long forgotten, then you need to consider getting them back out. Putting on the rarest umbrellas or gliders and skins is a good thing to show the other players that you have been playing Fortnite since the beginning. 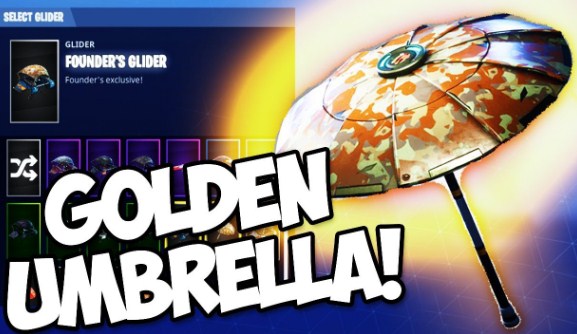 The rarity of the Rainbow Glider might surprise some people since it comes from one of the most well-known skins. However,this one is one of the rarest glider skins in Fortnite. it was an exclusive item from Season 3 that has never came back to the shop. While it is now quite well-known with streamers, it is unlikely that you will have the chance to purchase it again.

The Snowflake Umbrella is the name of one of the rarest umbrellas or gliders because it required players to actually be great at Fortnite to get it. this one was only available in Season 2 of Fortnite. There were a lot fewer players back then, and this umbrella has not come back to the game since the end of the Season 2. The Snowflake Umbrella is given to you once you won a game in Season 2. This one is not the hardest thing to do, especially if you know how to win. However, the skill based barrier for a cosmetic is rare that makes this umbrella one of the rarest gliders in Fortnite.