The Arena mode of Fortnite is a great place to go for the higher level play. For those who are sick of running into unskilled or new players in the regular game modes, then Arena is the one for you. There are multiple strategies for grinding your way up to the Champions League in Arena mode and gaining access to events such as the World Cup Qualifiers. However, you also have to know how Arena mode works. The requirements are not as simple as regular old Fortnite.

Apparently, Arena mode is less prone to the changes that come with every update. This one remains more of a constant game and not every new item is always available. It helps to keep the meta-game more stable, even if it still is not enough for some pro players of Fortnite. However, this mode largely plays like a more organized version of regular Fortnite. There are several changes to way the things work, that you really have to understand if you want to win. 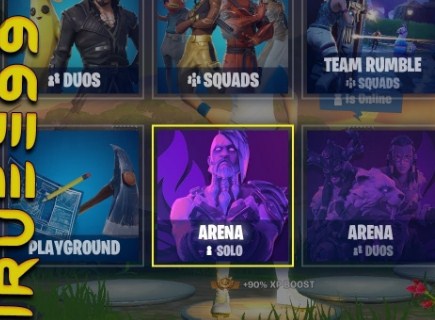 Arena mode is the first point of entry to competitive Fortnite. For those who want to play on the same level as the pros, you have to use some different requirements. For the better or worse these things are included in Arena mode in order to make it a more competitive game. This one is still open to some exploits, but largely it is better balanced. Those are the specific features of Arena mode that you have to master to progress.

All the players will increase the Division once they go past the Hype threshold of the Division that they are in. For Open League, every player has to get 500 Hype total in as many matches as they can. This is the amount of points players get for their performance in Arena Solos and Trios.