Usually, Roman letters are written biggest to smallest from left to right. However, it is not default. Apparently, the Romans did not like writing 4 of the same numerals in a row, so they developed a system of subtraction. 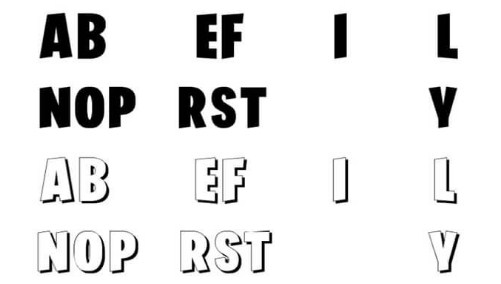 The Roman letter for 3 is III, but for 4 is not IIII. Instead, it uses the subtractive principle. The number 4 is written as IV. I (1) is before V (5) and because the smaller number is before the bigger number, you need to subtract here, making Iv 4. The same thing applies to the number 9, which is written as IX.

In fact, Roman letters are able to be found all everywhere in modern society, including kings, queens, many competitions, buildings, monuments, many movies, many clocks, and so on. Can those letters be used in the game such as Fortnite? For those the players of Fortnite who want to change your Fortnite username to a cool one, you are able to add the Roman letters. They are unique so they will help your username stand out from the crowd. It is such a great way if you want to make your username stands out.